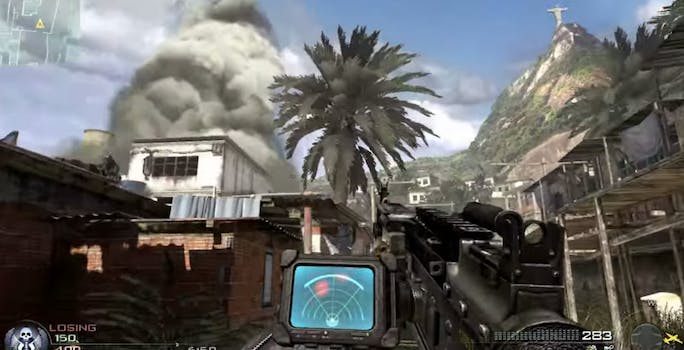 'Call of Duty' fans want Activision to address a plague of hackers in the original version of the game.

Gamers are sounding the call for a remastered version of one of the best Call of Duty games in the franchise.

Modern Warfare 2 is apparently overrun with hackers on the Xbox 360 and PlayStation 3. A gamer named Ramez Zahra created a petition on change.org on Saturday and addressed it to Jason West at Infinity Ward and Bobby Kotick, CEO of Activision. As of the publishing of this story, the petition has more than 99,000 signatures.

Jason West hasn’t been the CEO of Infinity Ward since he and partner Vince Zampella were summarily terminated from Activision in March 2010, however. Jason West also retired from his and Zampella’s follow-up studio, Respawn Entertainment, in 2013. Zahra should have addressed his letter to Zampella, who remains at Respawn.

The gamers who lined up to sign the petition are also ignoring some pretty obvious questions related to remastering Modern Warfare 2, not least of which is the potential to open up a can of worms related to one of the most publicized lawsuits in the history of the video games.

Even so, remastering Modern Warfare 2 could still represent time, resources, and potential hassle that Activision has no reason to deal with, considering how much money the publisher is making off new Call of Duty games.

It is also in Activision’s best interests to keep the CoD player base focused on Call of Duty: Advanced Warfare, especially as the wave of downloadable content for Advanced Warfare continues to roll out.