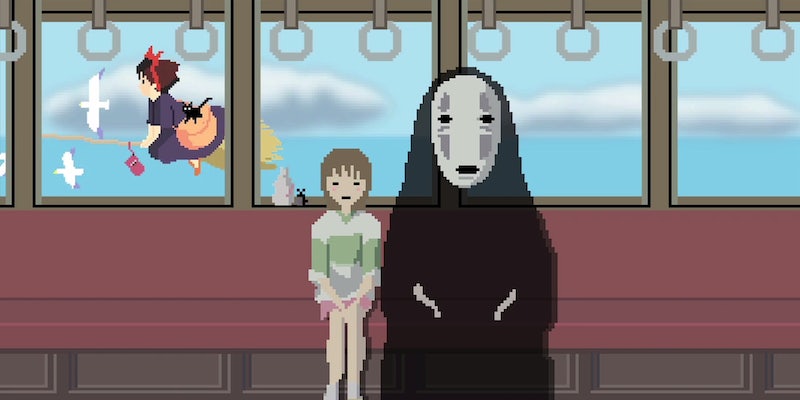 This pixel-art tribute to Studio Ghibli will melt your heart

Studio Ghibli gets another 8-bit remodel courtesy of this Spanish editor and fan.

Studio Ghibli has always been a prime source for fan remixes and gorgeous homages. Recently, we’ve seen a trend in 8-bit recreations of his most famous films. Earlier this year, we saw Spirited Away and Princess Mononoke each reimagined as early roleplaying adventure games.

Now, a short tribute video on Vimeo by Spanish-born filmmaker Pedro Eyre has made a splash in Japan after fans discovered his montage of some of our Miyazaki favorites. In Eyre’s world, the characters all seem to live and inhabit the same spaces—one big happy Ghibli family.

Eyre is an award-winning animator and video editor. The video, which Eyre published last year, is part of his recently launched website Pixel Fantasy, where he has a number of other pixel-art videos including a rather awesome mashup between Super Mario Brothers and a tin of Pringles.

Now who’s in the mood for a Ghibli rewatch?