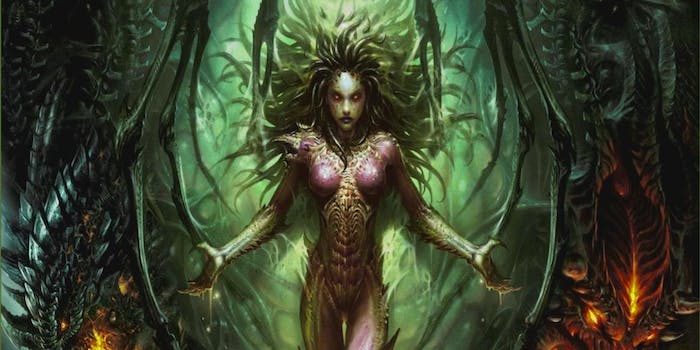 It took more than 23 weeks to build.

What’s the biggest thing you’ve ever built in Minecraft? Chances are it doesn’t come close to how huge this incredible pixel art build is.

The gamer, who goes by the name Thorlar Thorlarian, used 1,128,960 blocks to create pixel-art mural in Minecraft displaying Deathwing, Kerrigan, and Diablo. He livestreamed building the art on Twitch and states in the description for his last YouTube video of the build that he placed each block by hand without any help. How long did that take? About 23 and a half weeks.

Thorlarian is hoping that his work breaks the world record for biggest Minecraft pixel art. You can see more videos of Thorlarian building the art over the last few weeks on his YouTube channel.