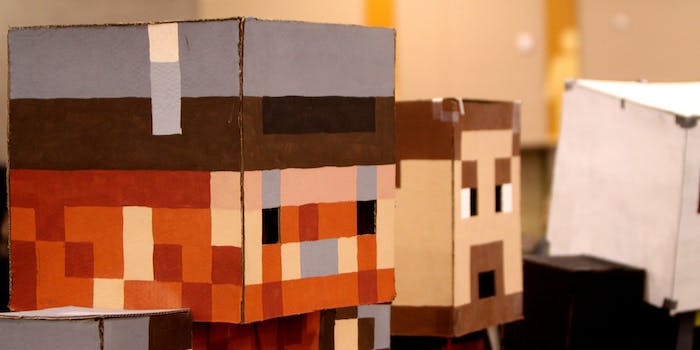 ‘Minecraft’ is the latest video game craze to become a movie

The beloved game will eventually make it to the big screen.

One of the most successful console games in years is getting its own movie—and it now has a director.

Night at the Museum director Shawn Levy is in talks with Warner Brothers to direct Minecraft, Deadline reported. It’s just the latest movie update from the major studio, which on Wednesday announced release dates and stars for at least 10 separate films in the next few years, including a Wonder Woman movie and a confirmed Fantastic Beasts trilogy.

While Microsoft recently bought Minecraft from Mojang, the Swedish-based studio that created it, for $2.5 billion, Warner Bros. had inked a deal to acquire the movie rights to the game back in February, with Roy Lee and Jill Messick attached as producers. The game itself has sold more than 50 million copies across multiple platforms between the PC, Xbox, Playstation, and the mobile apps.

Lee already has experience turning a major franchise that includes video games into a successful movie: he produced The Lego Movie, which grossed $468 million, and he is attached to the recently-announced Lego Movie sequels and spinoffs.

There are no further details on the movie, including cast or plot, but it’s possible that it will feature some of the iconic aspects of the game.