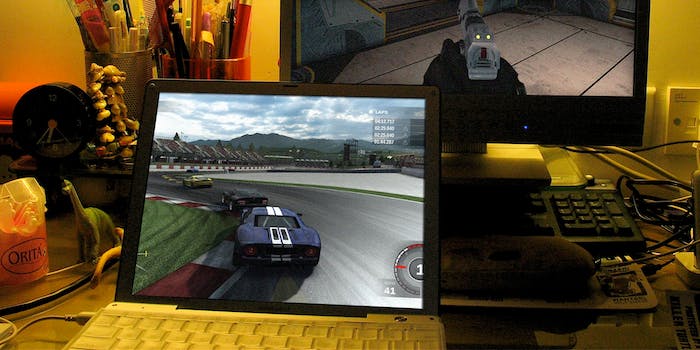 Microsoft may bring Xbox games to your browser

Has Microsoft solved the latency problem?

Microsoft may have made a breakthrough in game streaming technology.

If true, it could kill two birds with one stone: backwards compatibility for Xbox systems, and game streaming as a more satisfying service.

Technology website Neowin reported on that Microsoft research into low-latency gaming may have made a breakthrough. The report references a paper published by Microsoft Research on Aug. 21. The paper mentions a new technology named Outatime, which reduces latency by speculating on input responses. According to the research paper, Microsoft used Doom 3 and Fable 3 as test games for the new technology.

Latency is the delay between a player inputting a command on an input device, like pressing a button on a control pad, and the server receiving and executing that command. Latency delays of a few milliseconds in online gaming can be the difference a player getting hit by a virtual bullet or getting away without injury.

A Microsoft spokesperson responded via email to our request for comment by including a copy of the research paper in question, and added the following.

“The abstract and conclusion should have the most pertinent information for the article. Beyond that, Microsoft Research isn’t commenting further on this research project.”

On Wednesday, Neowin reported that Microsoft is testing the ability to stream Xbox games, including games from the current-generation Xbox One hardware-to web browsers. According to Neowin’s sources, the performance of these games approached 60 frames per second, which is the framerate quality preferred by gamers.

Neowin also reports that this browser-based technology is not only being tested in Microsoft’s Internet Explorer Web browser, but also in the Google Chrome, and that performance in both browsers is equivalent.

Latency is much less of a problem in single-player games, but fear of or impatience with latency issues has still been enough to truncate the popularity of streaming game services like OnLive, which might have adequate performance, but cannot compete with the performance of hardware running locally.

Sony purchased the cloud-based, video game streaming service Gaikai for $380 million in 2012. Sony’s PlayStation Now system, a streaming game service that incorporates Gaikai cloud technologies, went into open beta in July. A healthy selection of PlayStation 3 games are currently available for rent on PlayStation Now. Once fully-implemented, the service could also offer games from the PlayStation 1 and PlayStation 2. Sony reports that more than 80 percent of PlayStation Now users are having a positive experience.

The Xbox 360 was backwards-compatible with an appreciable selection of games for the original Xbox. The Xbox One, however, cannot run games from the Xbox 360. Outatime technology could be Microsoft’s version of Sony’s Gaikai-based tech, allowing games from multiple generations of Xbox systems to be played not only through web browsers on a PC, and on smartphones and tablet devices, but also on the Xbox One.

If Microsoft can provide game streaming with latencies low enough to make differences with local hardware irrelevant, it would be a huge breakthrough that could tremendously increase the appeal of the Xbox One to consumers.