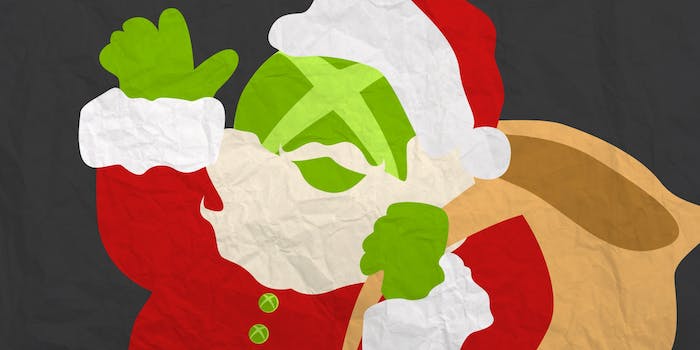 Early access for Gold members gave us a peek at all the best deals.

The company’s Black Friday sales campaign on Xbox Live has been available to members of the premium Xbox Live Gold service since Nov. 20. Tomorrow, the deals open for everyone on Xbox Live, and there are some Xbox One gems among the offerings.

The Telltale Games Collection sticks out right away. It normally costs $109. For a little more than $36, you can get The Walking Dead Seasons One and Two, The Wolf Among Us, Tales from the Borderlands, and Game of Thrones. The average person ought to get around 91 hours of gameplay out of those titles.

Middle-earth: Shadow of Mordor was nominated in 2015 for five Game Developers Choice Awards, among the most prestigious awards in the video-game world. The Game of the Year Edition, which includes all of the DLC, is going for $20.

Microsoft is also offering Metro Redux, a two-pack of the next-gen, enhanced versions of Metro and Metro: Last Light, for $18. The Metro series takes place in a post-apocalyptic Moscow, where the survivors live in subway stations underneath the city and bullets are the most valuable form of currency in the world.

Metro might be worth playing after you’ve finished Fallout 4. At that price, the combo pack is certainly worth picking up to have on the shelf and ready to go at a later date.

Those are just the highlights from the Xbox Black Friday deals. You have until Nov. 27 to decide if anything else piques your interest.