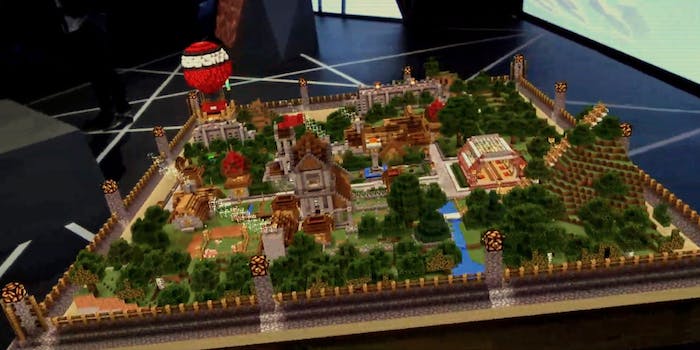 Microsoft just blew everyone away with its Minecraft HoloLens demo

Minecraft took center stage in Microsoft’s early demonstration of the HoloLens system, a pair of augmented reality goggles that can project holographic images onto flat surfaces. At E3 today, Microsoft gave a proof of concept demonstration that outshined everything else shown at its annual press conference. 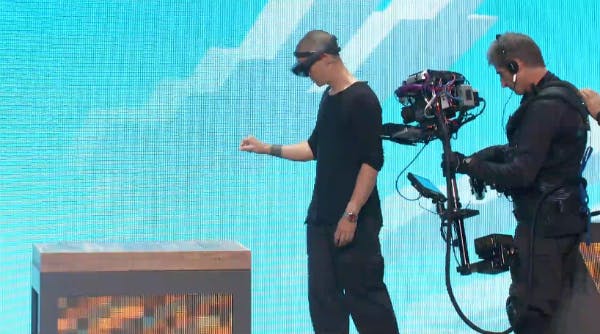 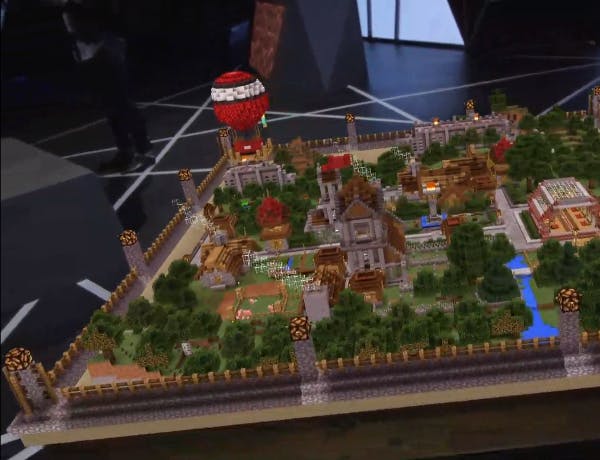 The demonstration was cooperative, with one player moving an avatar within Minecraft, and the HoloLens user taking an omniscient perspective, rotating and zooming in to the Minecraft build however he pleased. The HoloLens user was even able to act like the virtual God, even striking the ground with lightning, at will.

Where Oculus and Valve Software are chasing VR tech—and Microsoft at today’s press conference made sure to mention its partnership with both companies—Microsoft’s HoloLens initiative is currently a singular pursuit within the confines of the gaming world.

There’s simply nothing else like it, and today’s Xbox E3 briefing just went a long way toward proving the point, provided anyone can expect that level of performance in their living room. Never forget how carefully manicured everything you see on an E3 press conference stage really is.