The MMA fighter threw a Pokéball at his opponent after knocking him out. It's not very effective...

In a Bellator MMA fight last night, Michael “Venom” Page knocked out opponent Evangelista Santos, and then threw a Pokéball at him. Because it’s 2016 and that’s a sentence you can write now.

It was a hilarious move that definitely caught the zeitgeist, but upon closer examination, Page’s Pokéball technique could use some work.

I lost my voice screaming for my homie @Michaelpage247 but it was totally worth it and I'm glad I got it on camera pic.twitter.com/GgTpWl7Kii

Firstly, you can’t actually catch a Pokémon after it’s been knocked out, so he just wasted a Pokéball for nothing. Next time, try fighting Santos just enough to weaken him before throwing a Pokéball. Or feed him a Razz Berry.

Also, anyone who has played the game knows that rolling a Pokéball likely won’t catch you that sweet, rare Pokémon. Instead, Page, try flicking the ball into the air so it lands directly on your opponent’s head.

The Daily Dot has reached out to Page about whether he’s Team Mystic or Team Valor. However, the stunt may not have been for the love of the pocket monsters after all. Could it have been a publicity move for Bellator? After all, its logo looks an awful lot like a Pokéball. 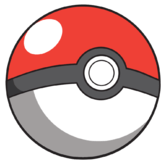 This goes all the way to the top.

Update 11:49am CT, July 17: Page tells the Daily Dot “My brother and I came up with it while playing the game leading up to the fight,” and that he is a big fan of the game. However, when asked that his favorite pokemon is, he said a “Cyborg,” which better be a reference to his opponent’s nickname, because otherwise there is no such thing. Get yourself a Hitmonchan, dude!