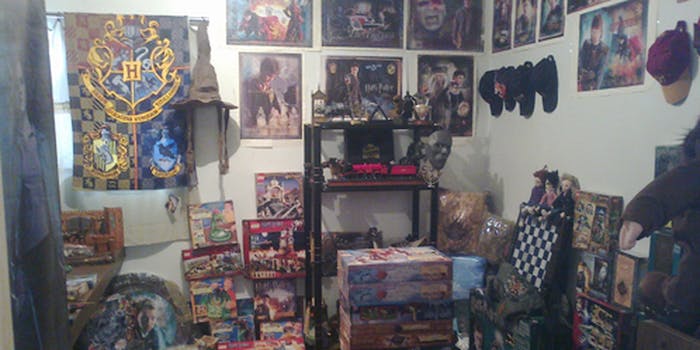 So big it needs its own Room of Requirement.

I thought I was a devoted Harry Potter fan, but Menahem Asher Silva Vargas has just put all of us to shame.

While I spent the last 13 years writing HP fanfic and going to fan cons, Vargas was growing a Gringotts-sized treasure trove of Harry Potter memorabilia.

Now, the 37-year-old Vargas has won the Guinness World Record for the largest collection in the entire Harry Potter fandom, and I get to sigh in envy at his meticulously displayed collection of scarves and banners, stuffed animals, figurines and busts, games, trading cards, and copies of the books in multiple languages.

Vargas actually broke the record in July, but only received his shiny award this week. He told Guinness that he loves the story of Harry Potter and wanted the world to know it:

“It is my inspiration, my lifestyle. I really love the magic and I want to be known in all world as the biggest fan of ‘the boy who lived’.”