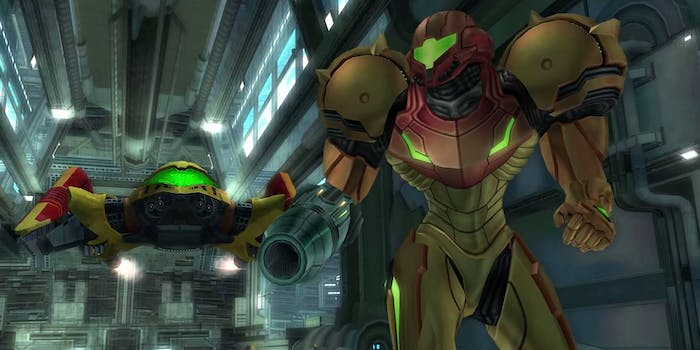 In an interview with Eurogamer, producer Kensuke Tanabe gave insight on the future of Metroid Prime.

Following Nintendo’s E3 Digital Event on Tuesday, many fans were left confused as to why a 3DS spinoff of Metroid Prime was announced rather than a true sequel or follow-up.

Well, in an interview with Eurogamer, Metroid Prime series producer Kensuke Tanabe gave insight on what is going on with the popular Metroid franchise.

It turns out that there aren’t plans for a Wii U version of the game. “If we started for Wii U now, it would likely take three years or so. So it would likely now be on Nintendo’s NX console,” Tanabe said.

So, it’s looking like Nintendo is shifting major development resources toward its codenamed NX console. From what we could tell from its digital press event for E3, the company is finishing up games that were already in development on Wii U and padding out the rest of the year with 3DS releases.

“It’s a long time but it would need to include a lot of content, which would take a lot of work on the development side.” As for a future console Metroid Prime game, “instead of broadening it to more planets I would have one and would focus on the timeline, and being able to change that. That’s one interesting idea I have in mind… but I understand many people thought that [Echoes] was too difficult.”

It’s clear that internally within Nintendo there has been discussion on where to take the Metroid Prime franchise forward. The Prime series of games were fan favorites for its engrossing worlds, beautiful design, and engaging gameplay. Nintendo sadly was unable to recreate that magic with 2010’s Metroid: Other M on the Wii.

Tanabe added “the stories of Dark Samus and Phazon are done now” and “so it was Sylux, another hunter from Metroid Prime Hunters (Nintendo DS) at the end of Metroid Prime 3. Personally I’d like to create a story centring around Sylux and Samus.”

So, where does the new Metroid Prime: Federation Force for 3DS fit into all of this? Well, “we’ve done a story based on the Hunters, and this time around we’re doing a story on the Galactic Federation.” In an interview with Engadget, Tanabe revealed that Federation Force was meant to be a New Nintendo 3DS (yes, that’s the actual name) launch title, but it missed that release window. The new game will benefit greatly from the added directional nub found on the New 3DS.

So does that mean that a new console Metroid Prime game is in the works? Well, not exactly. “I’m the producer of the Metroid Prime series, and Yoshio Sakamoto (Metroid series co-creator) is the one in charge of Metroid itself. I’m not sure when he’s planning on making such an announcement so I can’t speak for him.” He also said, “I haven’t been able to collect a team or the resources to do it.”

Considering there’s already a petition to have Federation Force canceled, it’s clear that fans are frothing for a true console sequel, even if it manifests itself in immature temper tantrums. We feel that you shouldn’t judge a game by its trailer, and we’re looking forward to giving Federation Force a try when it comes out sometime in 2016. Hopefully a console Metroid Prime game won’t be too far off.