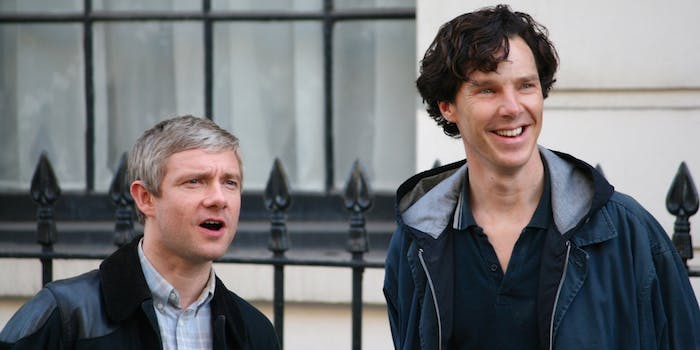 An origin story gets a romantic rewrite.

Sherlock slashfic is in the newspaper, but this time it’s not in one of those “What is fanfiction?” articles.

Like many tabloids, the British Metro has a missed connections column. And as one Tumblr user noticed on Feb. 23, a sneaky Sherlock fan is using that column to publish an under-the-radar romance between Sherlock Holmes and John Watson. It begins with this entry: 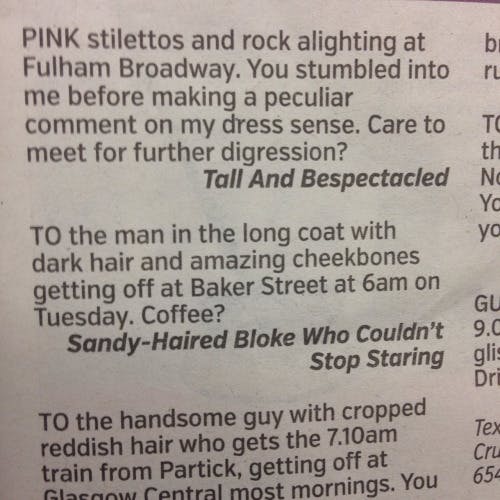 “To the man in the long coat with dark hair and amazing cheekbones getting off at Baker Street at 6am on Tuesday. Coffee?”

Now, this missed connection is generic enough that it could easily go unnoticed by anyone who doesn’t have Sherlock on their minds. But to a fan, it’s pretty clear that the “sandy-haired bloke” is Watson and the man with the amazing cheekbones is the great detective himself. The fact that this all took place on Baker Street seals the deal.

Whoever wrote this little story was evidently determined to get a happy ending, because a few days later this reply was spotted in the same paper: 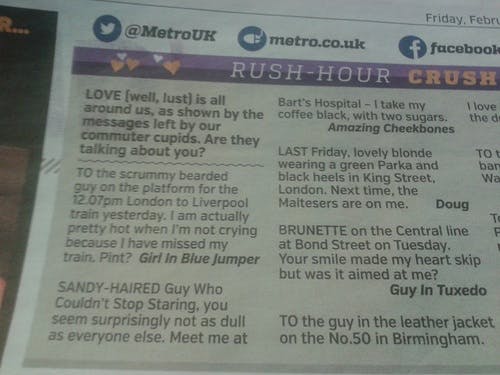 “Sandy-haired Guy Who Couldn’t Stop Staring, you seem surprisingly not as dull as everyone else. Meet me at Bart’s Hospital—I take my coffee black, with two sugars.”

Yep, “Amazing Cheekbones” is Sherlock all right. St. Bart’s Hospital is where John and Sherlock meet in the first episode of the show, so these missed connections are giving their origin story a romantic rewrite.

We’re hoping for more updates in the next few days, especially since other Sherlock fans have now come across the messages online. This could go on for quite a while, providing the person in charge of the missed connections page doesn’t catch on.

Photo via Saschaporsche/Wikimedia (CC BY SA 3.0)