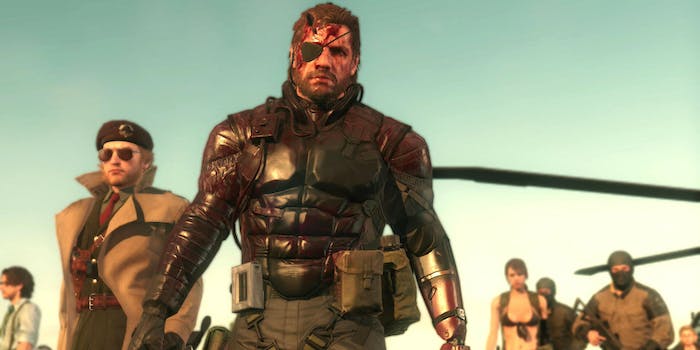 Could this be the first great movie based on a video game?

Heads up, all you gamer-cinephiles: The Metal Gear Solid movie is closer to becoming a reality. The powers that be have just given screenplay duty to Derek Connolly, the writer of Kong: Skull Island, Jurassic World, and its upcoming sequel. Jordan Vogt-Roberts, director of Kong, has been tapped to direct.

Based on their experience, Vogt-Roberts and Connelly certainly know their way around a blockbuster. Both Kong and Jurassic World were well received by critics and brought in barrels of box office revenue. Still, they likely face an uphill battle bringing Metal Gear Solid to the big screen.

To put it bluntly, most movies based on video games are awful. From film versions of Super Mario Bros. (1993) to Assassin’s Creed (2016), these movies tend to disappoint gaming fans and movie critics alike. It’s unclear how Metal Gear Solid could turn this trend around.

Few video game storylines are as convoluted and perplexing as Metal Gear. The franchise spans five core games and numerous spinoffs, and it takes place across six decades. Even if the movie sticks to the story of 1998’s Metal Gear Solid, it will still have to deal with global conspiracies, futuristic technology, and super-powered villains, along with characters who regularly double- and triple-cross one another. Plus, the tone is just plain weird.

It’s a hulking, tangled narrative that resists adaptation of any kind, particularly the two-hour movie variety.

But if anyone seems to appreciate the difficulties of bringing Metal Gear Solid to the silver screen, it’s the director. In interviews, Vogt-Roberts has shown a clear understanding for the source material—something the makers of previous video game movies obviously lacked.

Speaking with Den of Geek, he said of the project, “It’s something that I chased … I put together a bible, I put together like a 60-page book breaking down what Metal Gear is, how video game adaptations have failed, and the difference between the active experience of playing a game and the passive experience of watching a movie. How you translate Metal Gear, how you protect it.”

A Metal Gear Solid movie has been ping-ponging around Hollywood for years now, but these recent moves suggest it may soon actually get off the ground. If it does, let’s just hope it can start redeeming the concept of the video-game-based movie.