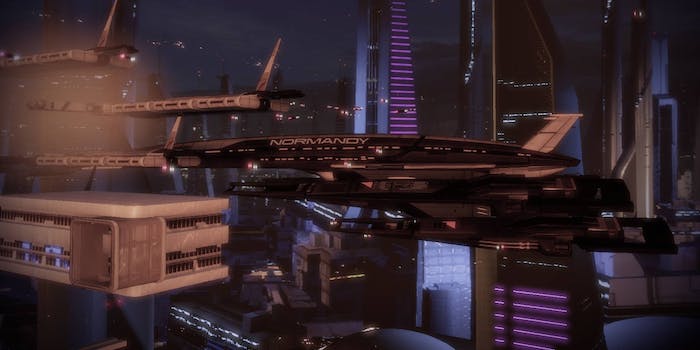 But will it tie in the Normandy?

There are very few sci-fi properties as engaging as Mass Effect. The series, known for its characters and rich universe, would be a joy to experience first hand. Well, that could now be possible with a new theme park ride.

Bioware has revealed that California’s Great America theme park will be getting a “dynamic 3D adventure” next year. The ride will be “curated by a live performer” and will take park goers on a journey to distant planets to fight bad guys. Hopefully attendees can mine for resources to bolster their assets.

The ride will use “cutting edge 3D technology and 4D effects,” but there’s no mention of the Normandy spaceship. Fans have their fingers crossed that the ride is a true realization of the world of Mass Effect rather than a generic space hodgepodge.

Bioware isn’t the first video game company to jump in on the theme park business. Both Nintendo and Ubisoft are actively working on theme park attractions. Nintendo has partnered with Universal in Los Angeles, Orlando, Osaka, and Singapore, while Ubisoft will be working with RSP in Kuala Lumpur, Malaysia.

The Mass Effect ride is expected to launch in 2016 at California’s Great America in Santa Clara, California.