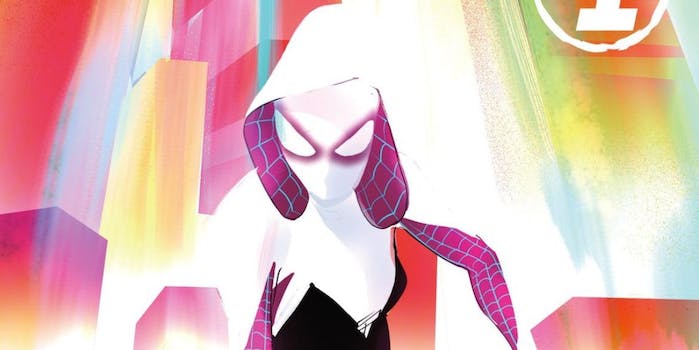 Gwen Stacy finally gets a life.

The debut of Marvel‘s Spider-Gwen isn’t the first time a comic franchise has resurrected a character for an alternate-universe story, but it may be the first time that one of the goals was to give a character the agency and identity they always deserved.

It took Emma Stone‘s bouncy turn as Gwen Stacy in the recent Amazing Spider-Man films to draw attention to her plight in the comics. Despite being every bit as smart and adventurous as her boyfriend Peter Parker, Gwen has been used as fodder for manpain in every series she’s been in, including being used as a baby-production machine for a villain and getting one of the most famous and notorious deaths in comic book history.

Yet if Gwen’s identity in comics up to now has always been defined by her role as a girlfriend or (god help us) a mother, the new series, written by Jason Latour, finally gives her the chance to shine—by giving her an entirely new alternate timeline and backstory.

This Gwen lives on an alternate earth, Earth-65, and her story begins with Peter’s radioactive spider biting her instead, as the opening lines of Spider-Gwen inform us:

As a teenager, Gwen Stacy went to a demonstration on radioactivity and was bitten by a mutated spider. The bite transformed her, granting her amazing powers: a precognitive awareness of danger, adhesive fingertips and toes, and the proportional speed and strength of a spider. To the residents of New York, she is the dangerous vigilante called Spider-Woman, but you know her as…

Marvel sowed the seeds for this transformation in its AU Spider-Verse series, which debuted in November as essentially an excuse to throw all iterations of Spider-Men and -Women into the same storyline and let them have fun. Gwen appeared in Edge of Spider-Verse #2, which sold extremely well and set the stage for the launch of her own series.

On Earth-65, Peter Parker is actually a villain who dies after fighting Gwen, a.k.a. Spider-Woman. Gwen’s father is still a cop, but he considers Spider-Woman a vigilante and blames her for Peter’s death. When Spider-Gwen starts, the city is reeling from what they view as the death of an innocent man, and Spider-Woman is under a lot of pressure. But in true Spidey form, she’s still a sarcastic, wisecracking hero. 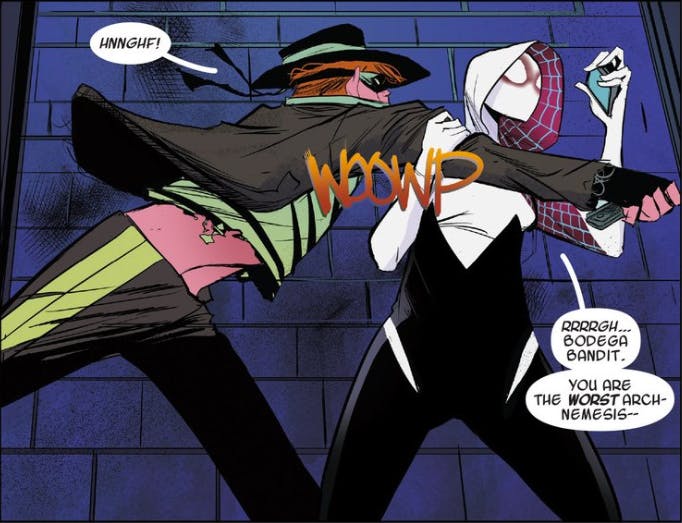 AU Gwen’s costume, illustrated by Robbi Rodriguez on the debut issue’s gorgeous cover, is a fantastic blend of the personalities of old Spider-Man and new Spider-Gwen. It’s also impressively practical.

The three variant covers for the issue drawn by Kris Anka, Adam Hughes, and Skottie Young are even more awesome. 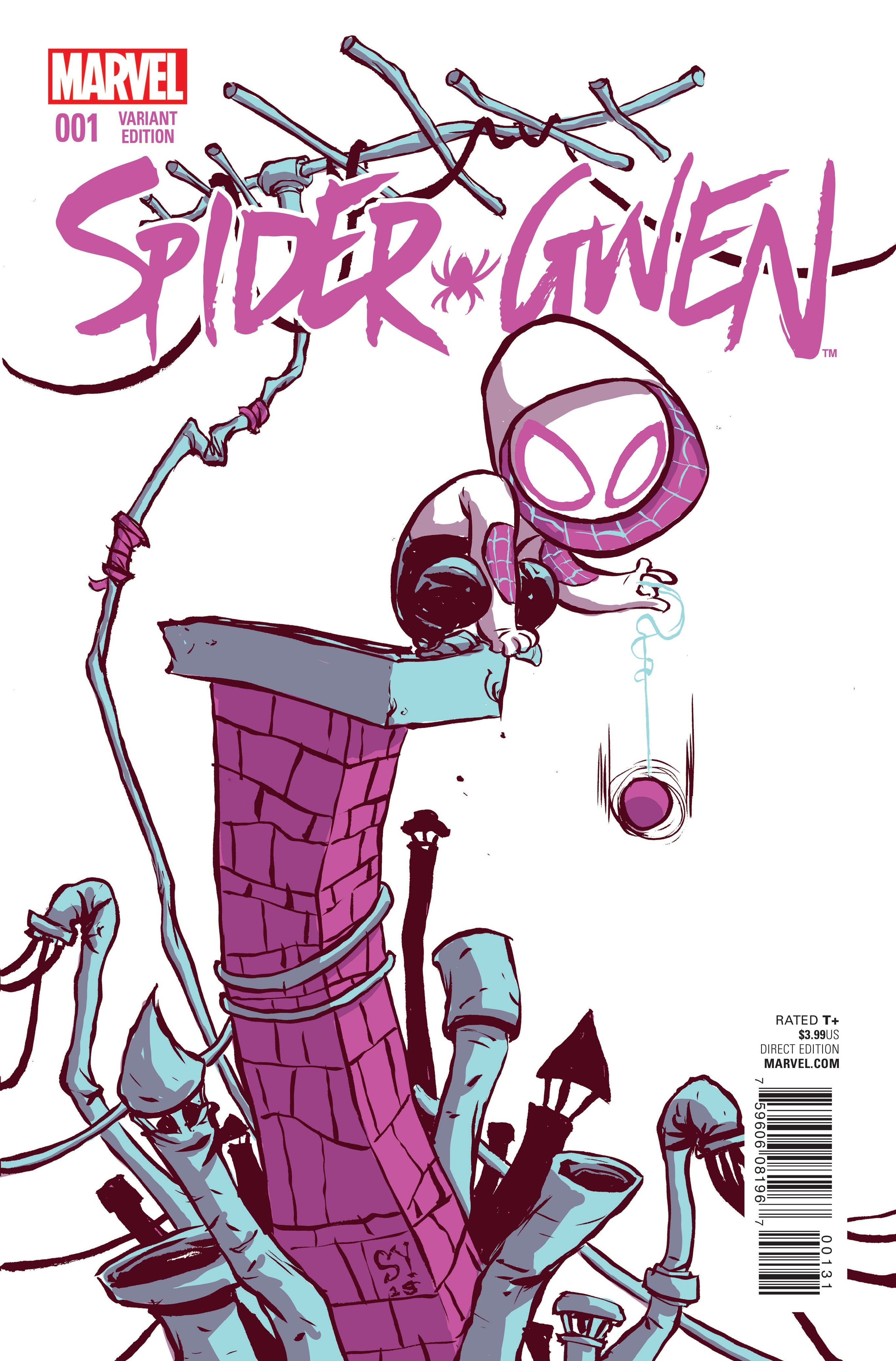 The release of the new series follows rumors that Gwen—despite being killed in the last Spider-Man film—could be returning for The Amazing Spider-Man 3. While there’s nothing to suggest that clone Gwen will appear in the film, the recent deal reached by Marvel and Sony to allow Spider-Man to return to the Avengers fold could produce interesting shakeups in Sony’s film franchise.

After all, if there’s a new chance for Donald Glover to play Spider-Man Miles Morales, then why shouldn’t Emma Stone get to show off her chops as Spider-Gwen?

Even if this incarnation of Gwen doesn’t make it to the big screen, the shift in attention away from her role as a girlfriend and onto her role as a fully formed person reflects how responsive comics culture has been to the ongoing request for more awesome female characters.

With any luck, Gwen’s revival as a lead hero in her own right won’t be short-lived. Hopefully, it will lead to ongoing acknowledgment that the women of the Marvel world deserve to be more than just arm (and eye) candy for male superheroes.