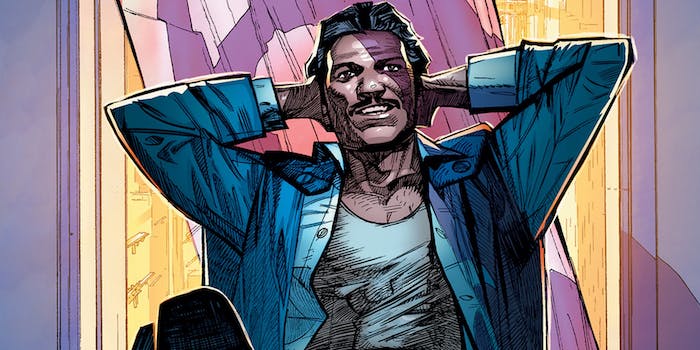 The road to 'The Force Awakens' continues to produce good things for fans of the original franchise.

Hold on to your hats, Star Wars fans: Marvel is bringing back Lando.

As part of its ongoing lineup in the Star Wars franchise, Marvel will be releasing Star Wars: Lando as a limited five-issue series in July. 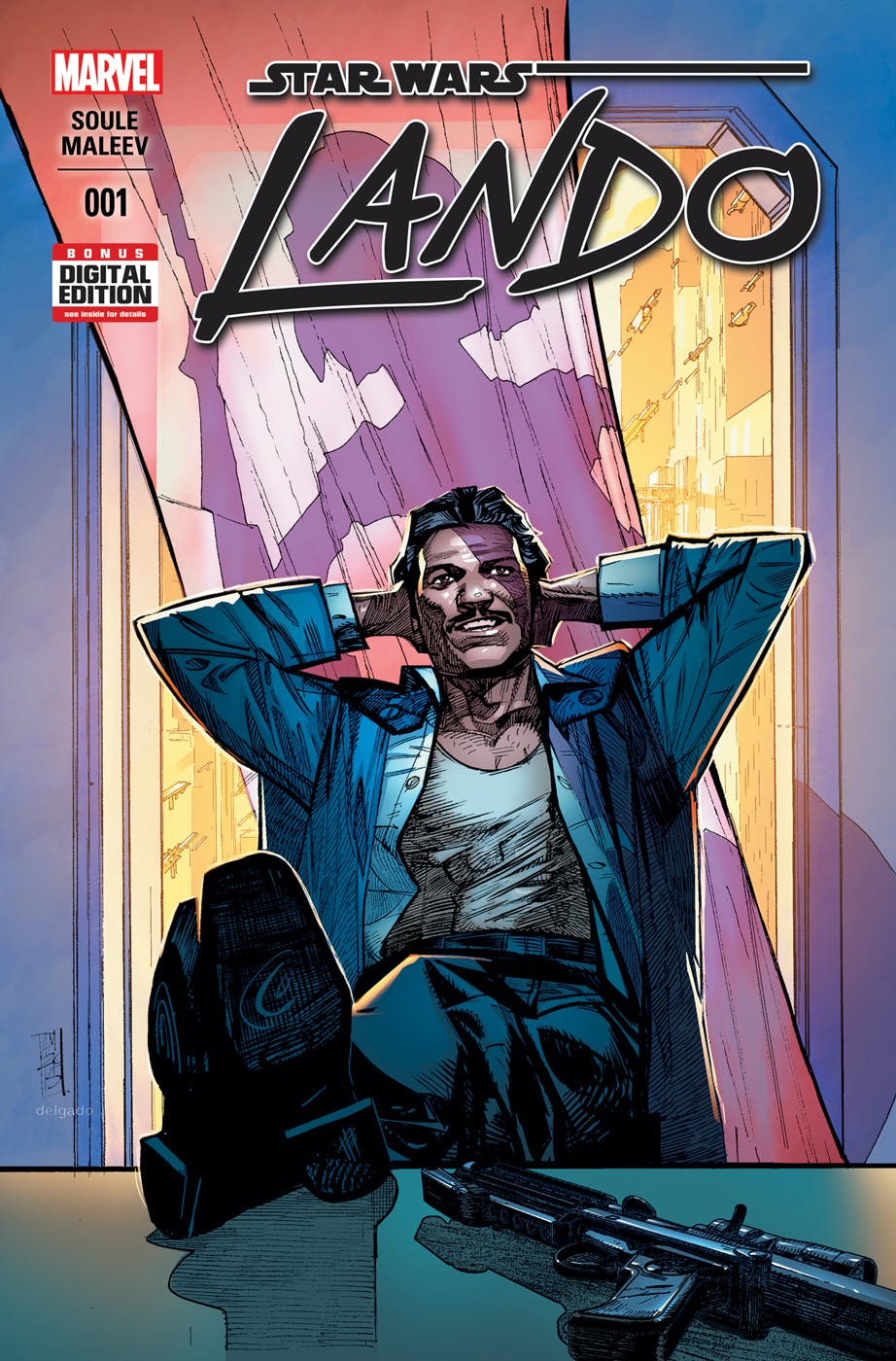 Even if you’re one of the few Star Wars fans who’s not looking forward to The Force Awakens, there’s plenty to appreciate about the recent fandom revival the movie has brought with it. The reboot is generating lots of new canon for the characters you love, most notably 20 new tie-in novels from Disney and the new Marvel comics.

The Marvel lineup kicked off at the beginning of the year with Star Wars, the first issue of which is already on its fifth printing. Following were Star Wars: Darth Vader, and Star Wars: Princess Leia, which despite being a limited series topped the bestseller charts since its debut last month. This month saw the release of Star Wars: Kanan, The Last Padawan, devoted to Star Wars: Rebels captain Kanan Jarrus, who might best be thought of as Star Wars‘ answer to Firefly‘s Mal.

This is the first time Marvel has announced an expansion of its series since the Star Wars license officially returned to the comics giant. Lando No. 1 will feature artwork from Alex Maleev (Daredevil) and cover art by Lenil Francis Yu. Writer Charles Soule (Death of Wolverine) will give us backstory about Lando’s time before he came to lord it up in Cloud City.

As every Star Wars fan knows, Lando Calrissian is one of the Rebel Alliance’s under-appreciated heroes, a maverick who makes good and becomes instrumental in defeating the Galactic Empire. Although Lando didn’t get much screen time in the original George Lucas films, he made his mark on the Star Wars landscape and made actor Billy Dee Williams into a permanent icon. Williams returned to the franchise for a recent episode of Star Wars Rebels. His popularity on the episode may have convinced Marvel to bring him back to fans in comic book form. 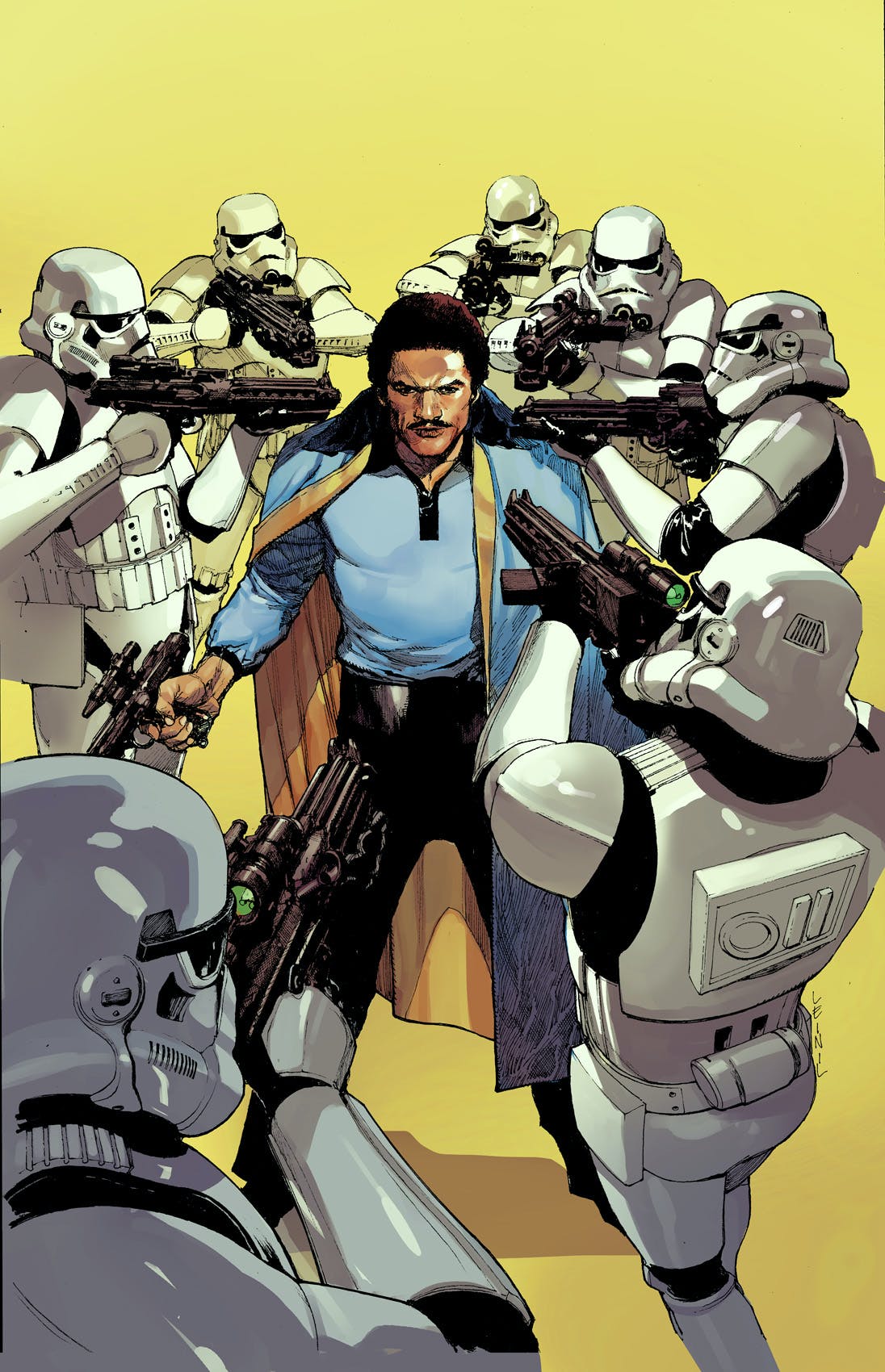 Although the comic series will delve into Lando’s backstory, there probably won’t be any elements from the Star Wars Expanded Universe, in which Lando features in five earlier tie-in novels. The Expanded Universe is no longer considered an official part of the developing Star Wars universe. That means Lando’s history, as revealed in the comics, could hold plenty of surprises for fans familiar with the old stories.

So for fans disappointed you won’t be seeing Lando in The Force Awakens, take heart: You’ll have plenty of new stories about our favorite space gambler in just a few months.