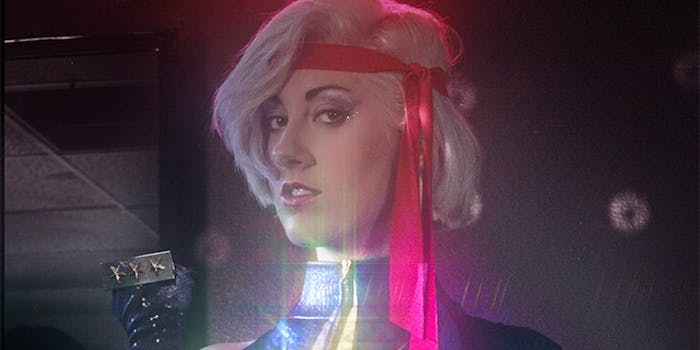 It's like the intro to an amazing Jem and the Holograms-style TV series that never existed.

There are cosplay videos, fanvids where people edit movie clips to music, and even concept albums based on popular fandoms like Supernatural. This video combines all three.

Inspired by Marvel comics superheroine Dazzler, “The Sight of the Sound” is an amazingly appropriate pastiche of 1980s music videos.

Dazzler is basically the most ’80s superhero in existence: She’s a roller-skating disco singer with the power to convert sound into light, meaning that she has her own built-in special effects. Created by a group of Dazzler fans, this video looks like the intro to an amazing Jem and the Holograms-style TV series that never existed. Dazzler, a.k.a. Alison Blaire, skates around a city, uses her laser powers to save some civilians from a wayward wrecking ball, and finishes the day with a performance in a local bar.

The sequel to X-Men: Days of Future Past will mostly be set in the 1980s, which is making us wonder about the likelihood of a Dazzler cameo. The previous two X-Men movies both cheerfully embraced the fashion and music of the 1960s and ’70s, so why not do the same for Dazzler’s big hair and leggings? Plus, they could do with some more female characters.