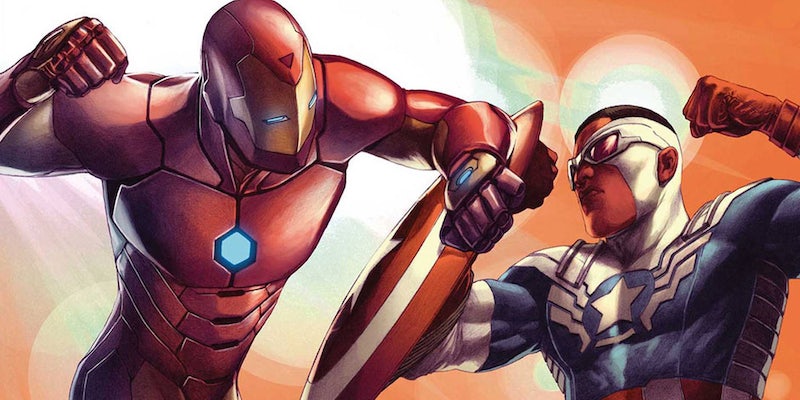 Iron Man versus Captain Marvel. Whose team are you on?

It’s time for Marvel fans to get ready for Civil War. No, not the Captain America one. The other one. The comics one, Civil War II, which will rock the Marvel comics universe in a major crossover event this summer.

This new conflict is precipitated by an Inhuman, Ulysses, who can predict the future, leading to a conundrum that you may recognize from the movie Minority Report: Should people be arrested for crimes they are predicted to commit in the future?

In a new trailer promoting the event, Marvel wants you to pick a side.

In Civil War II, Captain Marvel and her supporters believe that superheroes should heed Ulysses’ predictions and prevent disasters before they happen. But Iron Man and his supporters want events to unfold as predicted. This leads to an epic superhero showdown between the forces of determinism and free will.

Like the 2006 Civil War series, Marvel wants both sides of the debate to be equally compelling. And like in 2006, the company is promising a major character death.

The bad news is that, if you want to follow Civil War II when it begins this summer, you need to invest some serious cash. In addition to the usual tie-ins that come with any major crossover event, the main Civil War II miniseries clocks in at $5.99 for issue #1 and $4.99 for the next six issues. There are also two spinoffs on top of that, retailing at $4.99 and $3.99 per issue. That’s a lot of money just to keep up with a superhero crossover event.