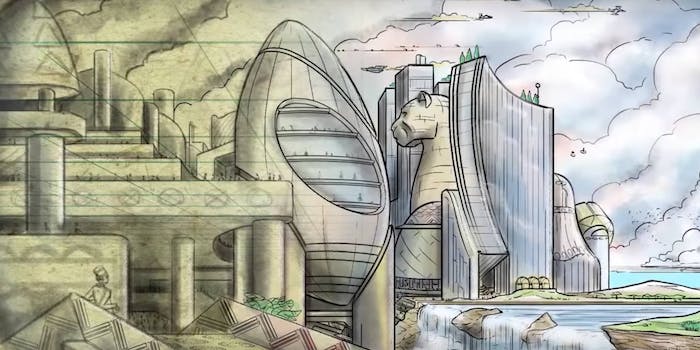 Representation on the pages and behind the scenes.

Following Marvel‘s massive success with Black Panther, the comic book behemoth has announced it will be releasing a new companion comic. The series titled World of Wakanda explores the roots of Black Panther’s home country and is set to hit shelves in November

World of Wakanda has some serious star power behind it, providing representation both on the pages and behind the scenes. Acclaimed writer Ta-Nehisi Coates tapped Roxane Gay and poet Yona Harvey to write for the companion series.

According to the New York Times, Gay is excited to flex a different set of creative muscles. “The opportunity to write black women and queer black women into the Marvel universe, there’s no saying no to that,” Gay remarked about her inaugural foray into comic books.

Gay and Coates will co-write a story following former members of the Black Panther’s all-women security force, Ayo and Aneka. Harvey’s story follows a female activist at the forefront of the revolution, whom fans will recognize from Black Panther #1.

Coates’ involvement as writer for Black Panther and artist Brian Stelfreeze’s gorgeous illustrations have vaulted the series to critical acclaim and commercial success. The Black Panther series follows many progressive moves Marvel has made when it comes to providing better representation and diversity in its works. To Coates, the move is imperative to the future of the industry.

“We have to open the door,” Coates told the New York Times. “It’s not, ‘Wouldn’t it be nice if there are more women writers, more women creators in comics?’ That would be nice, but in many ways, it is kind of an imperative.”