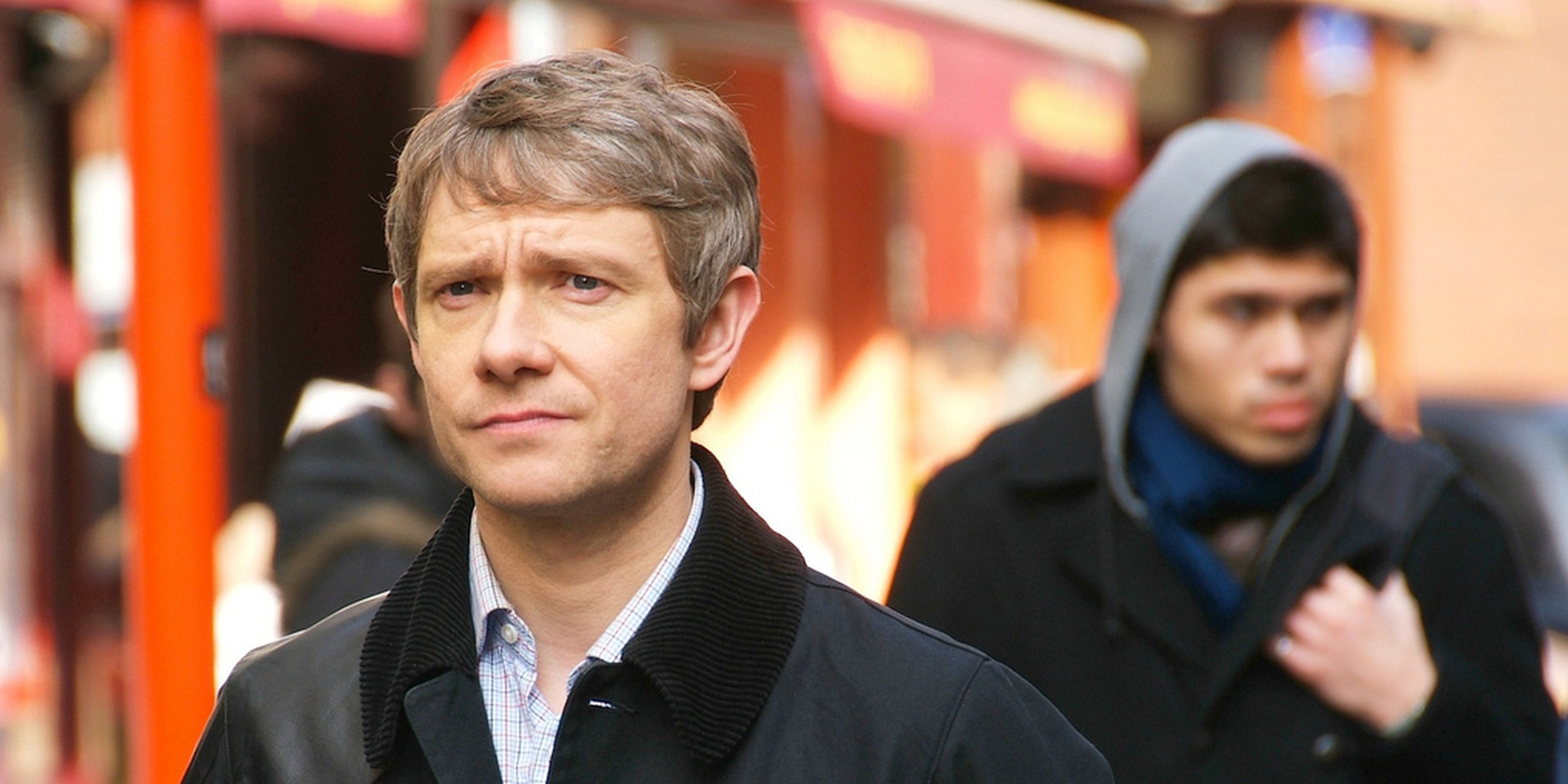 Which of these characters could Martin Freeman play in ‘Captain America: Civil War’?

Martin Freeman is due to appear in Captain America: Civil War, but which of these characters will he play?

Martin Freeman‘s role in Captain America: Civil War is yet to be revealed, but the smart money’s on one of two Marvel comics characters: Everett K. Ross or Henry Peter Gyrich.

Both are government agents who work with superheroes, which is how Freeman recently described his character. Essentially, we’re looking at a less likable version of Agent Coulson.

“He works for the American government. He works in conjunction with the superheroes, and certain agencies that help to tame the superheroes’ power, I suppose. So you’re not quite sure which side he’s on.”

Freeman also emphasized the “ambiguous” nature of his role, another clue that points toward either Ross or Gyrich—neither of whom are exactly lovable heroes.

NSA Agent Gyrich first showed up in the late ’70s as the Avengers’ new government liaison—a similar role to Agent Coulson, although Gyrich has a more antagonistic relationship with superheroes. One of his first influential acts was to thin the overcrowded Avengers lineup to a core team of seven, resulting in a bizarre scene where he seemingly includes Falcon as a “diversity hire.” Hello, 1979. 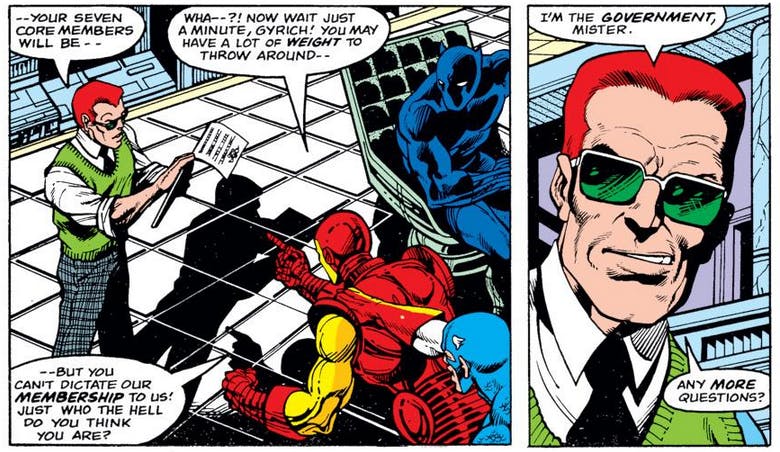 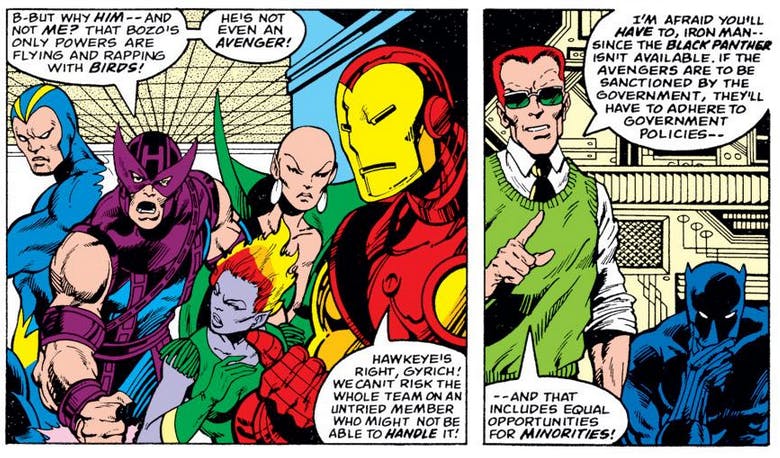 It’s easy to see how a government hardass like Gyrich would fit into a Civil War movie, which pits Iron Man against Captain America in a conflict over the Superhuman Registration Act. Agents of S.H.I.E.L.D. is already foreshadowing this using Inhuman characters who rebel against S.H.I.E.L.D. surveillance, and Gyrich is a perfect embodiment of this type of unwanted oversight.

Best known from the Black Panther comics, Ross is another government agent. As soon as Freeman was cast, rumors began circling that he’d play Ross in Civil War as a precursor to a larger role in Black Panther.

Ross’s first major appearance was in The Client, a 1998 storyline that kickstarted the modern era of Black Panther comics. His job is to escort Black Panther and his Wakandan entourage during a visit to the U.S., and since this arc is told from Ross’s perspective, we get to know him pretty well. The main thing we learn is that he’s an annoying dweeb.

Everett K. Ross isn’t particularly good at his job, and his internal monologue is riddled with mildly gross commentary on every attractive woman who comes into view. In later comics he gets hired an expert consultant on Wakanda, advising the U.S. government on the powerful but notoriously secretive country. There’s often a strong subtext of American imperialism in these scenes, as U.S. politicians and military officials try to figure out whether Wakanda is threatening (or rich) enough to warrant an invasion. 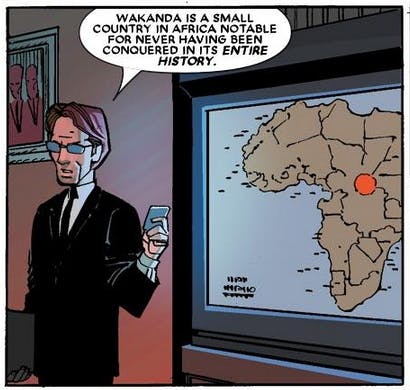 Ross feels like an obvious choice for Freeman, who is fantastic at injecting humor into unpleasant, craven characters. It’s also easy to imagine Marvel using Ross for his original narrative purpose: an American everyman gateway between U.S. audiences and a cast of African characters. If so, we hope Marvel also emphasizes his dark side, advising the U.S. government on how to get hold of Wakanda’s natural resources.

Because Gyrich’s part could easily be played by Coulson, Ross feels like a more likely option. But with Civil War due out in May 2016, we may still have to wait a few months before we find out.