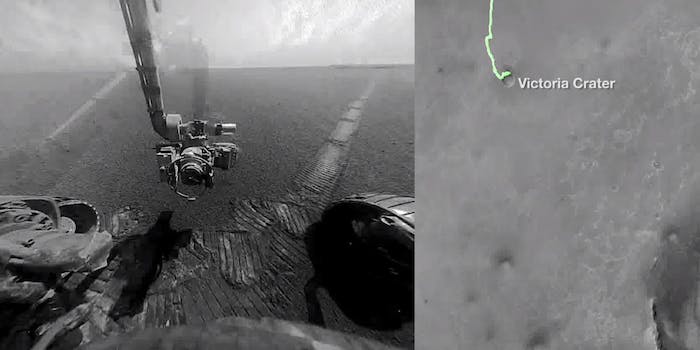 It was worth the wait.

On July 7, 2003 NASA launched the Mars Opportunity rover as part of NASA’s Mars Exploration Rover program. Since it touched down in 2004, Opportunity has spent the last 11 years traveling over the surface of Mars.

In April 2015, Opportunity completed its marathon length (26.2 miles) journey to the Endeavour Crater. 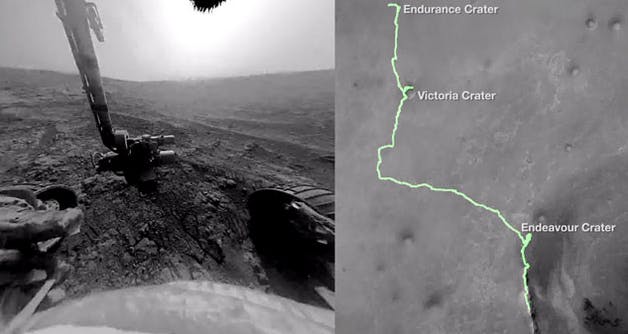 The eight minute video released by NASA’s Jet Propulsion Laboratory, stitches together pictures Opportunity took using its hazard-avoidance cameras as it traveled from crater to crater.

The time-lapse shows several instances where the rover got stuck on the Martian surface.

The louder audio in the time-lapse represents the rough terrain while the softer sounds are when the Mars Opportunity rover traveled over a smooth part of the Martian surface.

Check out the view from Opportunity from the past 11 years