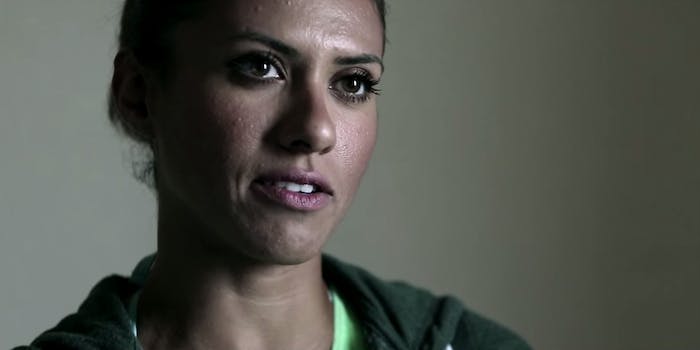 if i die on mars guardian

They answer the hard questions about life (and death) on Mars.

Even if you have no interest in space travel, you surely find the concept of Mars One fascinating. The mission to launch the first manned journey to Mars, which released an open call for volunteers, heard back from more than 200,000 people willing to abandon their lives and travel to the red planet.

Mars One is now in the process of whittling down the competition to four applicants who will travel into space in 2024. There are still 660 volunteers in the running.

The training process will be documented in a reality TV show, but people are already understandably curious about what kind of person would volunteer for this one-way mission, and why. In a 10-minute documentary video from the Guardian, three Mars One applicants answer the hard questions—including how they’ll cope without sex for the rest of their lives and why they feel comfortable leaving behind everyone they’ve ever known.

These interviews are interesting, but they barely scratch the surface. For example, there’s inevitably going to be some prurient interest in how people will deal with sex on a four-person mission, but there are simpler and perhaps even more fundamental things that Mars One astronauts will miss out on once they leave Earth.

Despite the lofty goal of being the first humans to settle on another planet, the sacrifices are enormous. In addition to being completely removed from everyday society, Mars One colonists will never go outdoors again, never again breath fresh air, and most likely live out their days in an enclosed, artificial camp in the middle of a desert. The Guardian interviewer has a good point when he asks one of the applicants if all Mars One volunteers are, by definition, crazy.

Here we have the most important—and the most compelling—issue with Mars One. It’s the same reason that two of these three contestants are likely to be eliminated. The Guardian probably cherry-picked these volunteers because they’re interesting interviewees, but their esoteric answers will probably mean they wind up being disqualified on personality grounds.

It’s important to remember that, along with physical resilience and intellectual ability, all of the eventual Mars One astronauts have to be in the absolute peak of mental health, combining incredible cooperation skills with the ability to stay sane by themselves in a tiny base camp on Mars. The nature of the mission also means that they’ll be international celebrities under a colossal amount of public scrutiny, so they have to seem “normal” and likable on top of all that.

And that’s why it is taking the better part of a decade for Mars One to narrow down and train its pool of volunteers.