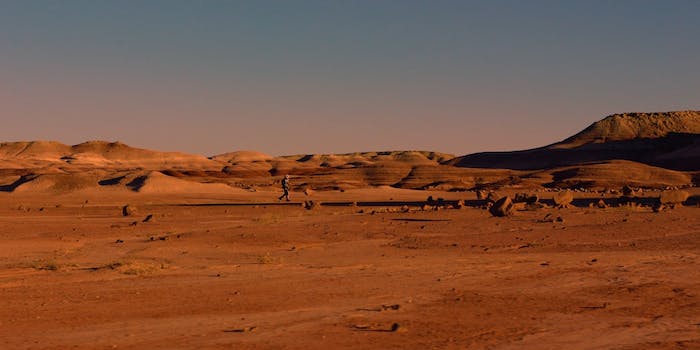 Things don’t look good for the Mars One expedition. Dogged by financial problems and reports of poor organization, it’s almost surprising to hear that the project is still going.

Mars One attracted a lot of media attention in 2013 and 2014, as it recruited volunteers for a private mission to Mars. But in recent years its publicity campaign waned, coupled with growing concerns that the project lacked realistic plans. Could it possibly raise enough money to beat established space agencies to Mars, or was Mars One just futuristic snake oil?

A new report from Inverse suggests the latter. After interviewing representatives from SpaceX, NASA, and Lockheed Martin, along with people personally involved with Mars One, Inverse concluded that “the company’s chief officers appear to be recklessly piloting a company in serious financial and strategic crisis.” It looks more and more like Mars One relied on people’s ill-informed optimism about the future of space travel, while failing to get serious funding or build a functional infrastructure for the expedition.

Mars One’s fame was at its peak during the recruitment process for the Mars 100, a shortlist of wannabe space travelers from all walks of life. Inverse spoke to three former contenders and one man who is still on the shortlist. They expressed doubt that the project would ever get off the ground. Trey Carriveaux, a former Navy submariner, was concerned that Mars One’s organizers didn’t understand the logistics of their own mission. For one thing, they claimed to have a relationship with SpaceX, but didn’t. Also, he wasn’t satisfied with their plans for his area of expertise.

“I’m a nuclear reactor operator for the Navy. Power distribution is central to my thoughts,” said Carriveaux. “[Mars One’s] idea of using solar didn’t make much sense because you’d have to have an extensive power storage facility, and they didn’t discuss that.”

Another former contender expressed concern at the mindset of other Mars 100 applicants. At a Mars One meetup, “a lot of people looked at it as their one way out of here.” True believers often seemed depressed or alienated, looking for a way to escape life on Earth.

Meanwhile on the paperwork side, Inverse obtained documents that suggest Mars One has been in debt for years. So if it’s a scam—which its creator Bas Landsdorp denies—it’s certainly not a successful one.