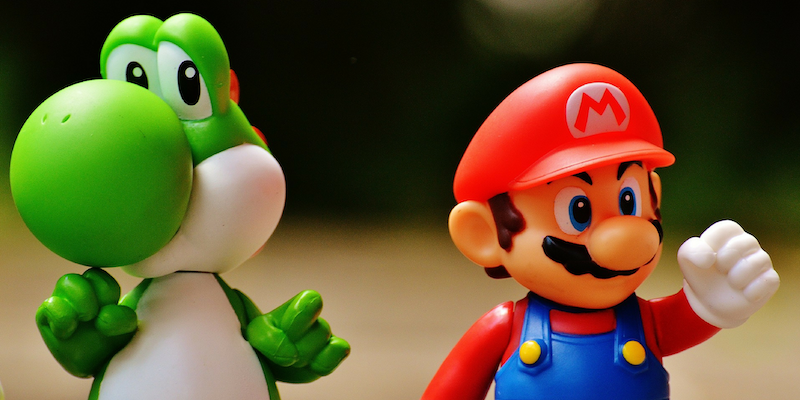 How can you ever forgive us, Yoshi?

Violence is never the answer—unless you’re a small child playing as Mario attempting to make Yoshi gobble up the object in front of him. In that case, violence has always been the answer, you’ve just been living in ignorance all these years!

Yes, according to Nintendo developers Takashi Tezuka and Shigefumi Hino, Mario was originally designed to punch Yoshi in the head. Hino confirmed fans’ worst fears in an interview with Nintendo’s blog published on Thursday: Mario wasn’t pointing at Yoshi to go forth, but rather clobbering him over the head.

“Lots of people think that while Mario is pointing his finger forward, he’s saying, ‘Go’ and Yoshi’s tongue comes out,” Hino said in an English translation provided by Kotaku. “However, the set up that I drew was that when Mario punches Yoshi in the head, the character’s tongue shoots out in surprise.”

Furthermore, Hino originally had a “bop” sound effect where Mario appeared to hit Yoshi, except he surmised people, children, would take pity on the character for suffering Mario’s abuse. So, they swapped it.

“What’s more, there’s an added ‘bop’ sound. However, it seemed like people would say ‘Poor Yoshi,’ so that’s why it became that Mario is saying ‘Go,'” Hino said.

That Yoshi-punching news is made more disturbing by the fact that it speaks full sentences before you punch it & can only say “Yoshi!” after pic.twitter.com/aqOGY6B1fp

How could you do this to me

However, despite this being Hino’s original intention, Nintendo maintains that Mario is telling Yoshi to go get him something. So please, breathe easy knowing that no Yoshi were harmed in the forming of your childhood memories.