‘Mario Kart 8’ to get Mercedes-Benz DLC

In what has got to be one of the strangest franchise crossovers we’ve ever seen, a forthcoming DLC (downloadable content) pack for Mario Kart 8 will allow gamers to hop behind the wheel of a Mercedes-Benz. 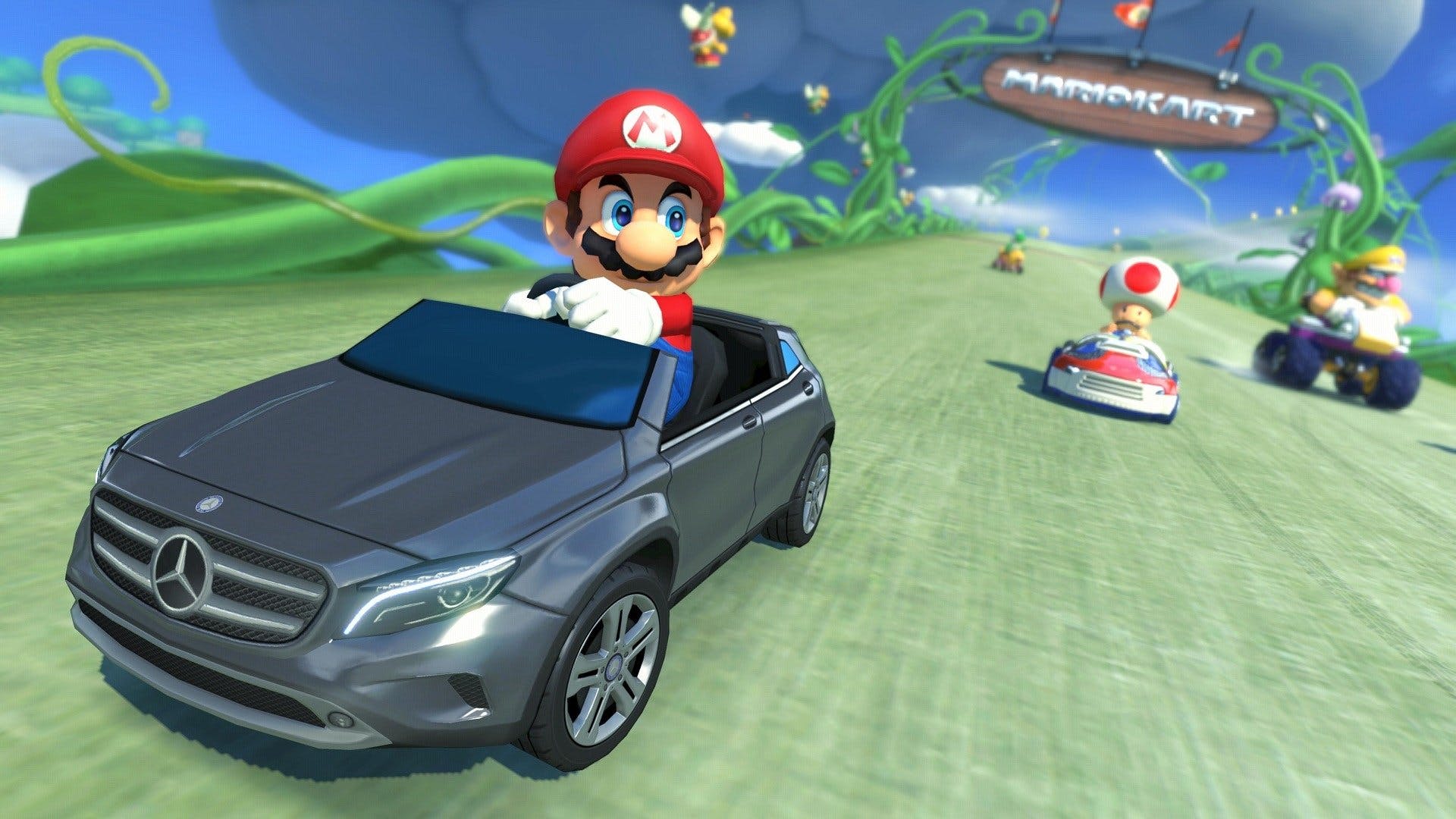 Nintendo’s Mario Kart 8 is released in Japan today—as is the new Mercedes-Benz GLA SUV convertible. To celebrate this fortuitous coincidence the two companies have teamed up to produce the in-game “GLA Kart,” which will be available to download in Japan this summer. 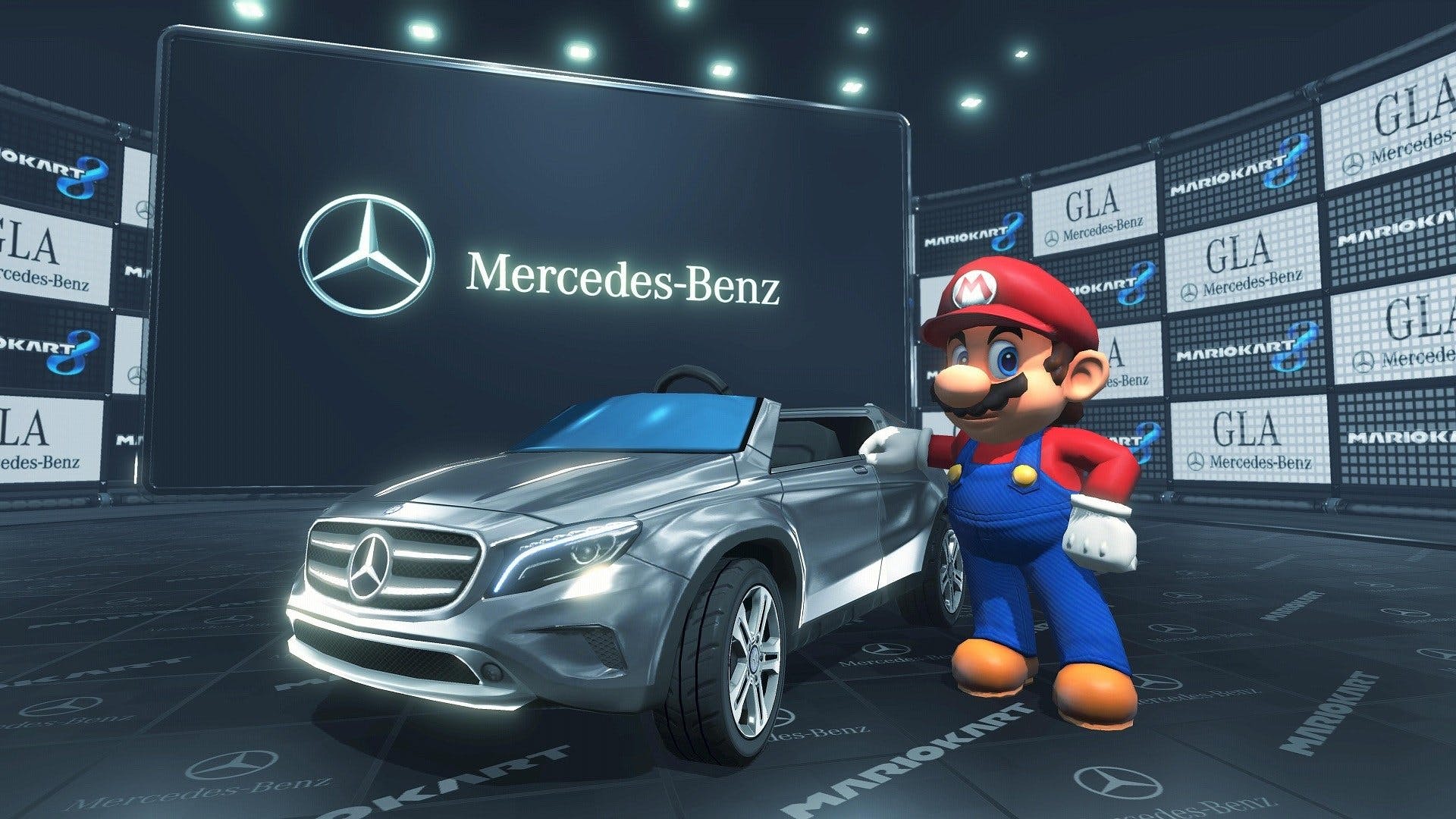 In a statement on whether the DLC would be available elsewhere, Nintendo UK said that “the announcement this time was made by Mercedes-Benz Japan regarding their collaboration in Japan with NCL.”

“As for the information relating to the distribution of the GLA kart for MK8 outside Japan, we will be able to announce in the near future.”

Another new tie-in between Mercedes-Benz Japan and Nintendo comes in the form of what at first appears to be a playable version of the Mercedes-driving Mario seen in the advert embedded above. But when you click through to play, it’s actually one big advert that you click on to finish the level. Sneaky. 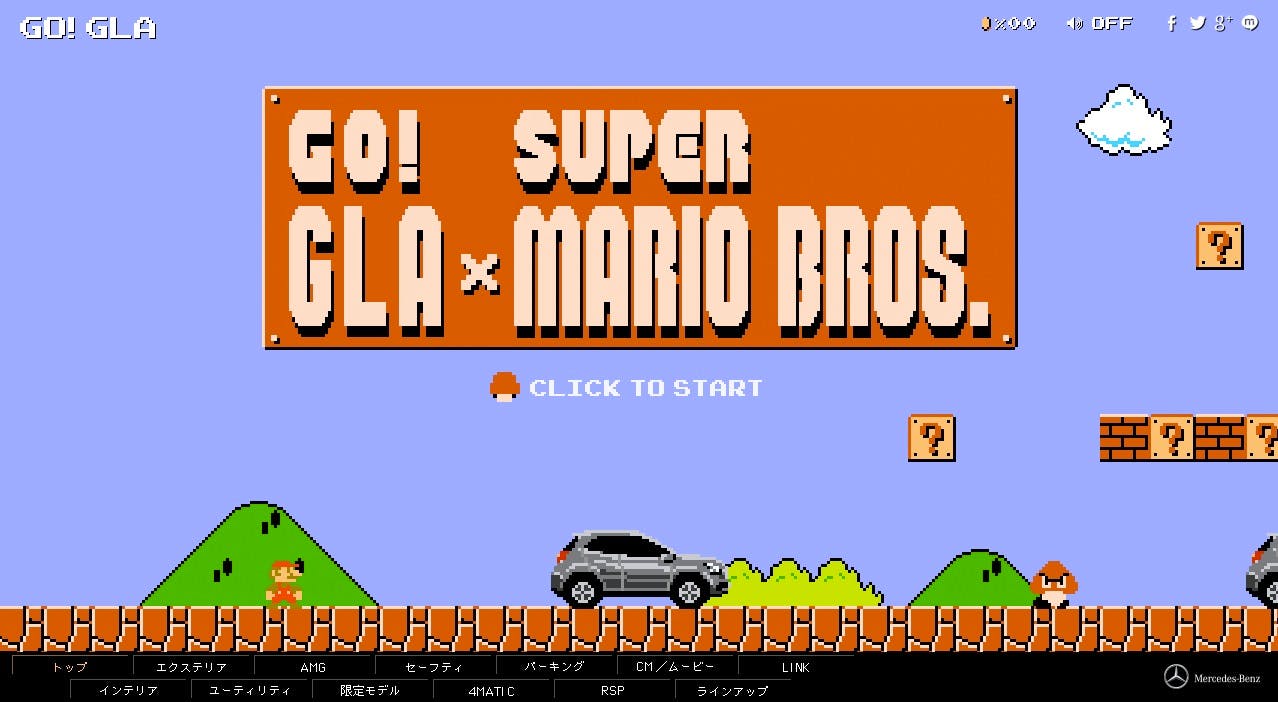 Before you start gnashing your teeth about advertising and exorbitantly-priced add-ons: Remember, the DLC is free!