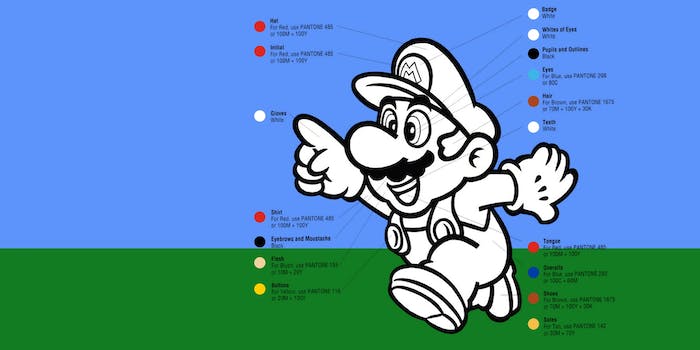 Finally, the answers to all your questions.

You knew Mario was a plumber. But did you know he was born and raised in Brooklyn, and treats everyone he meets with dignity and respect?

The Nintendo Character Guide, published in 1993, was a reference for anyone who wanted to make use of Nintendo characters and logos for “advertising, promotions, signage and products approved by Nintendo.” It has information on Mario, Yoshi, Princess Peach, and Bowser among others.

Blake J. Harris shared pictures from the book yesterday on Twitter. Harris is the author of Console Wars: Sega, Nintendo, and the Battle that Defined and Generation. His book details the corporate struggle which began when Sega decided to release the Sega Master System in the mid-1980s, and thus challenge the market dominance of the Nintendo Entertainment System.

The Nintendo Character Guide was one of the research materials that went towards production of the book. We’ve only seen a detailed character sheet for Mario so far, but Harris also posted official images from the Guide of Yoshi, Bowser, and the Princess, with tidbits of information on the characters. Maybe Harris will post more detailed biographical information on them as well in the near future.

By the way, Bowser’s malevolent antics are apparently inspired by his hatred for happy fungi. Seriously.

by special request: The King of the Koopas… pic.twitter.com/2OcHN1aiAI