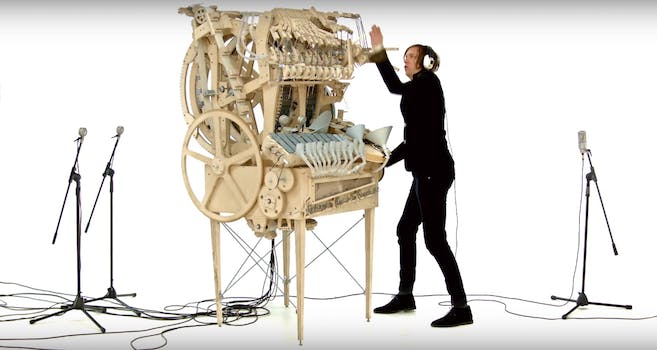 The Marble Machine is a Dr. Seuss-level feat of musical engineering

Who knew marbles could sound so beautiful.

Swedish band Wintergatan has unveiled a project 14 months in the making, and it is blowing our minds.

The melody is played by vibraphone, but the instrument also utilizes cymbals and guitar strings, Gizmodo reported. The whole contraption harkens to old musical boxes, or even player-pianos. It all works on the positioning of each marble and the timing of its drop into the right spot. See for yourself:

According to this behind-the-scenes video, the machine was so big and heavy, it couldn’t be moved to a studio. So, Wintergatan simply improvised a studio space where the machine was built.