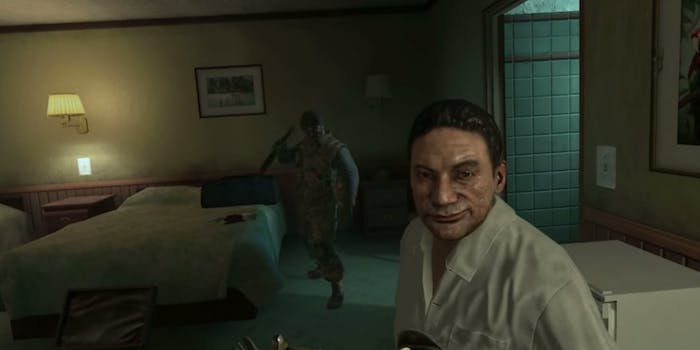 It's hard to defame a military dictator.

Manuel Noriega felt that being depicted as a villain in Call of Duty: Black Ops 2 harmed his reputation. Now a judge has ruled that cartoon villainy can’t hurt someone convicted of real villainy.

Noriega’s lawsuit claimed that his depiction as a kidnapper and murderer in Black Ops 2 helped establish the realism of the game’s plot, which in turn led to increased sales of the game. Noriega also felt the game harmed his reputation. The case was dismissed in part because Fahey felt Noriega’s claims of reputation loss were invalid.

“Indeed, given the world-wide reporting of his actions in the 1980s and early 1990s, it is hard to imagine that any such evidence exists,” said Fahey in his ruling, as reported by CNN.

In Black Ops 2, Noriega assists in faking the death of a Nicaraguan drug and gun runner named Raul Menendez in the late 1980s. Menendez then becomes a 21st-century cyber terrorist who tries to spark a war between China and the United States.

In the real world, Noriega was deposed as military dictator of Panama during an invasion by American forces in 1989. He was found guilty of eight counts of drug and racketeering charges by the United States District Court for the Southern District of Florida in 1992, and served 17 years in prison.

Noriega was extradited to France in 2010 to face money laundering charges, for which he was found guilty by the 11th chamber of the Tribunal Correctionnel de Paris. Noriega was then extradited to Panama in 2011, and found guilty of murdering his political opponents, embezzlement, and corruption. Noriega has been serving a prison sentence in Panama since those convictions.