Mafia III gives you open-world freedom with a satisfying storyline.

Mafia III wants to be many things to different open-world urban adventure fans.

Seldom does a game in this genre cater equally to those who love the activity-rich, free-flowing playground of a city as well as those who rather prefer the narrative drive of a story to motivate goal-to-goal progress. I’m more a fan of the latter, with Sleeping Dogs and L.A. Noire as a couple of my favorites. Yet, heavy dialogue and an abundance of cutscenes isn’t an instant recipe for success. The right incentives need to be in place, which is why any game that treats your protagonist as an errand boy (eg. Grand Theft Auto III), does not hold my attention. The popular “rise to power” progression of this genre has run its course, which is why I am excited that Mafia III and its hero, Lincoln Clay, follow a different path. 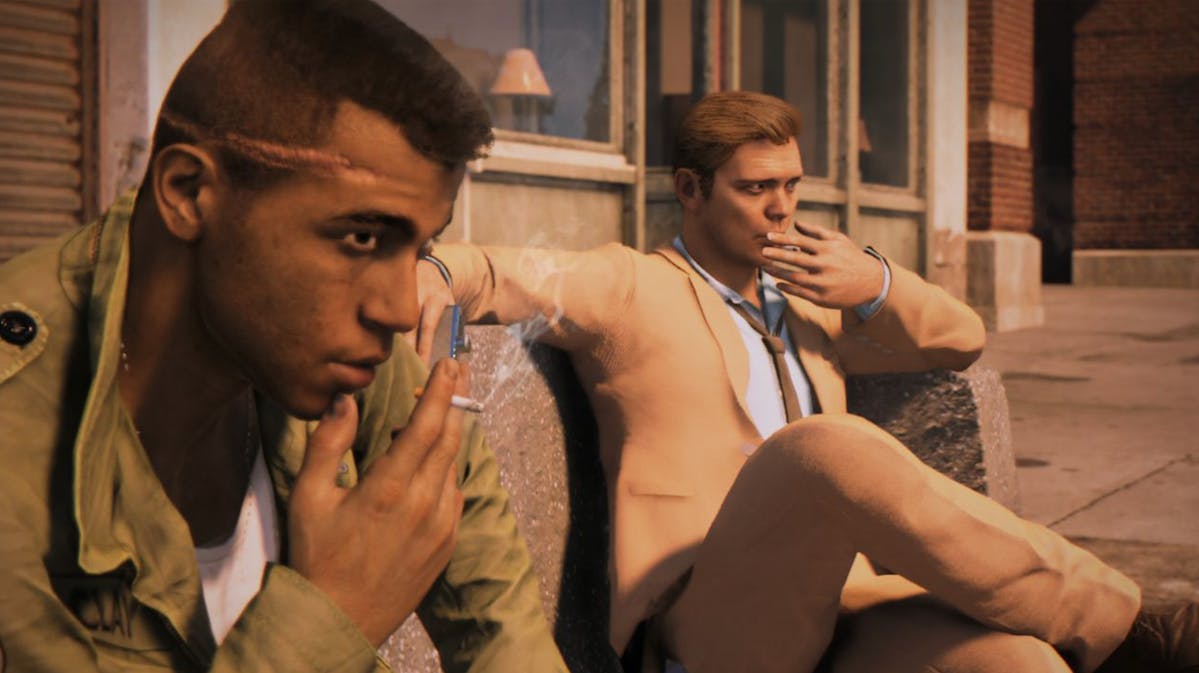 Having just completed a tour in Vietnam in 1968, Lincoln kicks off Mafia III with a return to his hometown: the New Orleans-inspired city of New Bordeaux. He has plans to keep the reunion with his adoptive family brief as he sees better career opportunities in the West Coast. Yet given his dad and brother’s tenuous relationships with the local mob organizations (particularly the Haitian gang), it doesn’t take long for Lincoln to get embroiled in the family business.

Unsurprisingly, Mafia III’s initial hours lean heavily on setting up Lincoln’s motivations for the rest of the game, while also introducing a slew of supporting characters. What is surprising is how this tee-up is presented. When you’re not playing as Lincoln during the early missions, you’re watching a series of documentary-style testimonials, where associates reflect on this turbulent period in New Bordeaux’s history. It’s easy to play detective and look for clues in the footage to figure out how much time has passed since these testimonials were filmed to discern which characters lived past the 1960s. We don’t have enough of this non-linear storytelling in open-world games. If there’s this much creativity at the start of Mafia III, I wouldn’t be surprised if the game ended with you playing Lincoln in 2016. 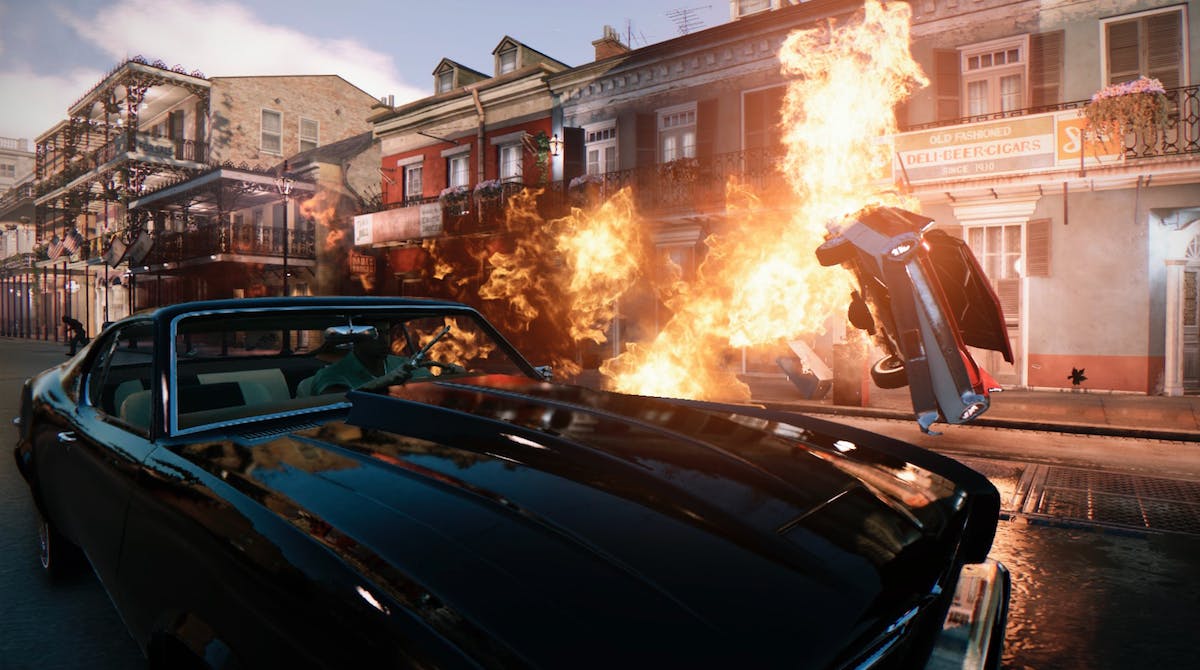 It’s been 14 years since the original Mafia, so you can be forgiven if you missed out on that mob classic. It wasn’t necessary to play the first game when Mafia II came out, and Mafia III didn’t have to include connective narrative tissue to add continuity and fan service, but I do appreciate its few callbacks like references to Empire City. More importantly, the return of Vito Scaletta—Mafia II’s protagonist and now an ally to Lincoln—enhances the lore to the series as a whole. I wouldn’t be surprised if a presumptive Mafia IV finds a 60-year-old Vito as a retired mobster in the 1980s.

In Mafia III’s late 1960s setting, Lincoln Clay’s hardened experience in Vietnam help justify his hands-on approach to his urban takeover of New Bordeaux. In a given story mission or a district takeover, he can grow his roster of allies—folks from all walks of life who are willing (or coerced) to helping manage his territories and supply him with resources. His tall and buff frame and tough demeanor makes Lincoln an imposing figure, one who isn’t afraid to take down a pornographic film business or a well-armed drug distribution network all by himself. I got to experience both events, which entail an extensive series of objectives and racking up a lot of monetary damage to his enemies’ businesses. And as with every great open-world adventure, it’s never a bad thing when you’re in the middle of a mission and let yourself get distracted with another objective. You might have plans to focus on taking over the red light district, but darn it, you can’t help but put some white supremacists in their place at an adjacent district. 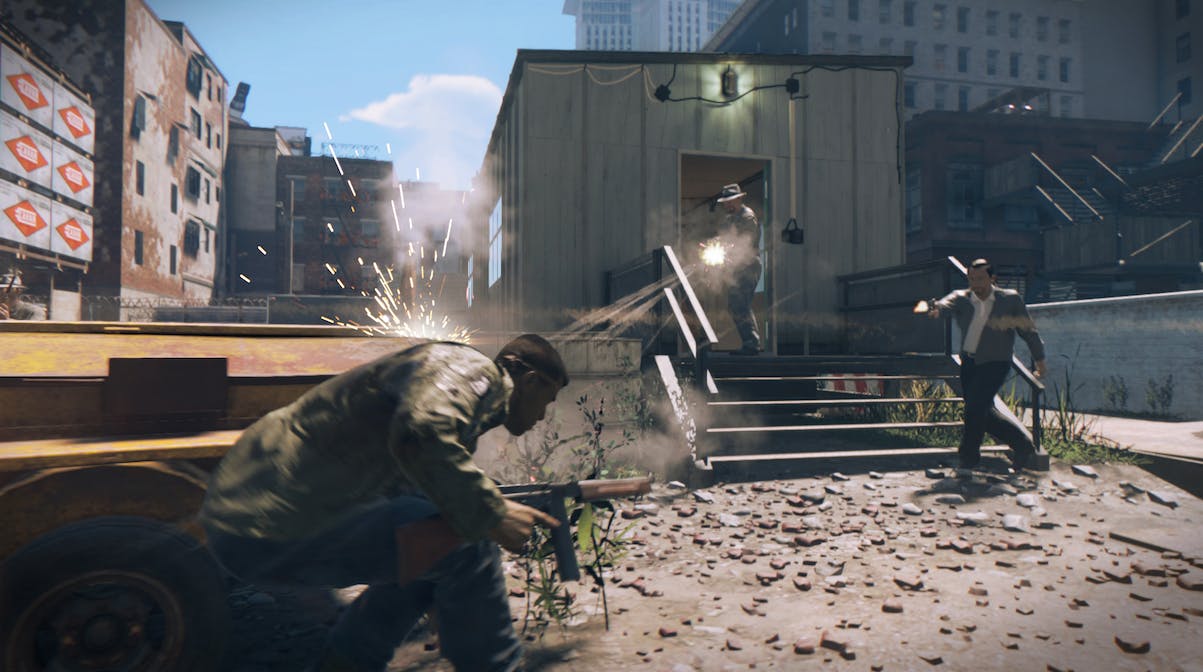 Taking over a PCP racket in particular was one of the standout moments. It involved raiding a taxi garage that was part of the drug distribution network. Mixing up long-ranged firearm attacks with melee brutality, taking over the garage echoed some of the best emergent gameplay found in Ubisoft’s open-world games, from Far Cry 4 to Assassin’s Creed II. It’s about the anticipation of trying out new strategies if you die and respawn as well as adapting to unexpected situations. That includes watching out for a designated lackey who’s making a beeline for a phone to call reinforcements. Do you put yourself in harm’s way while you ignore all other threats and stop the phone call or do you let the henchman make the call and prepare to deal with the extra incoming muscle? Success with the taxi garage leads to the PCP plant itself and another opportunity to capitalize on your unfamiliar surroundings to sneak, flank, and overcome mobsters. It’s a mix of exploiting imperfect A.I. behaviors and using the best gear you have at your disposal. In the indoor confines of an unassuming office building like this lab, a shotgun did most of the work.

Along with the promising combat and the unorthodox narrative presentation, even Mafia III’s driving has me excited. This was the height of the era when large cars were referred to as “boats,” and it’s hard to think of many games where driving these models is actually fun. Mafia III’s car designers somehow found a happy medium, where they conveyed the authentic sensation of the cars’ distinct suspension while still preserving the arcade-style controls. Striking balance appears to be one of the design themes of Mafia III, where there’s potentially enough narrative content to please the story fans while also delivering an open-world map with a wealth of optional possibilities and distractions.