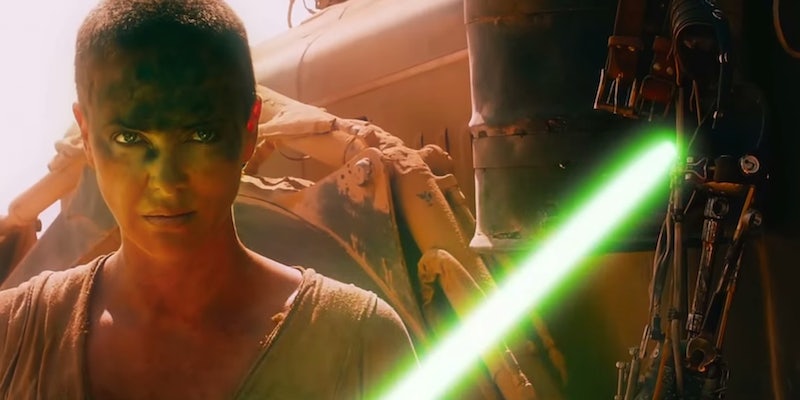 An explosive tale of betrayal, gasoline, and lightsabers.

Mad Max: Fury Road is one of the surprise hits of the summer, drawing praise from far and wide, and Star Wars: The Force Awakens promises to be a huge theater draw when it releases this coming winter.

So of course someone had the brilliant idea to mash the two blockbusters together into one over-the-top, dusty, explosive spectacle of its own.

It’s somewhat shocking how well the two franchises work together, and it certainly helps that both movies feature lots of sand, but Shenoi’s ability to splice effects, characters, and vehicles from one trailer into the other is really what makes this mashup one for the ages.