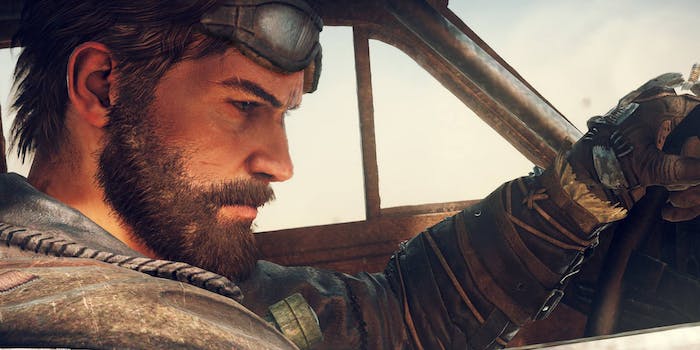 Check out the new trailer for the Mad Max video game

Mad Max: Fury Road was awesome. So awesome, that many moviegoers are craving a ride in the driver’s seat of a massive “guzzoline” guzzler. Well, in an upcoming video game, you may finally get your chance.

Warner Bros. has just released a story trailer detailing… well, we’re not sure exactly what, but it looks awesome.

The game is being developed by Avalanche Studios, the same team that brought us the excellent and insane Just Cause 2. It also has Just Cause 3 in the works.

Much like the Just Cause games, Mad Max will be an open-world action adventure game, with fighting, shooting, and of course, driving. It’s an original game with a new set of characters and a new story, so don’t expect a replica of the popular Fury Road movie. The trailer above finds Max getting into a tussle with Wasteland Warlords and the ruler of Gastown, Scabrous Scrotus. Max ends up teaming up with an unlikely compatriot, Chumbucket, and the two must work together to build a new machine to get out of their current predicament.

The game is set to come out this September for Xbox One, PS4, and PC.

Correction: Incorrect information about the timing of the last update about this game has been removed from this story.