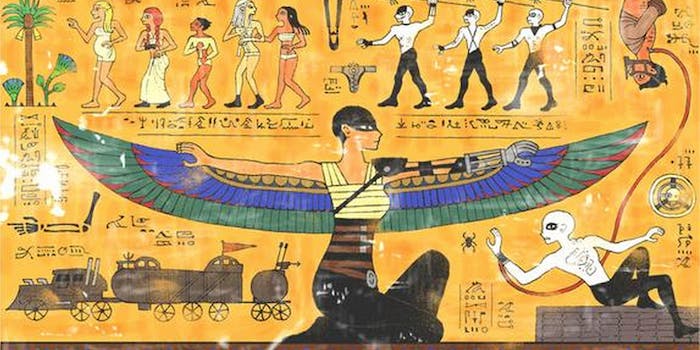 This is it, the only Mad Max fanart we need.

The ancient and the apocalyptic have never collided as beautifully as they do in Japanese artist Takumi Kanehara’s stunning Mad Max: Fury Road fanart—in which the entire story is retold as an Egyptian hieroglyph.

We can’t really prepare you for how awesome this is, so let’s just show you: 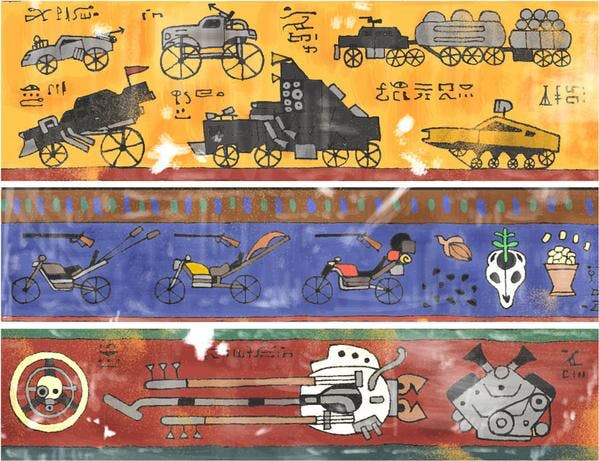 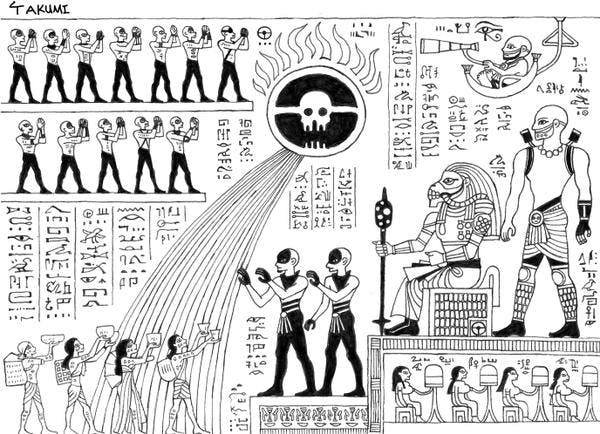 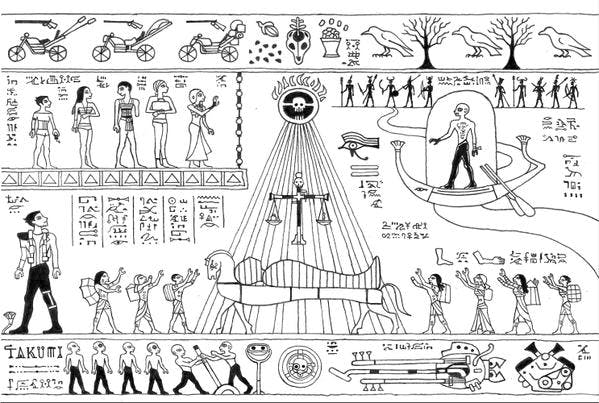 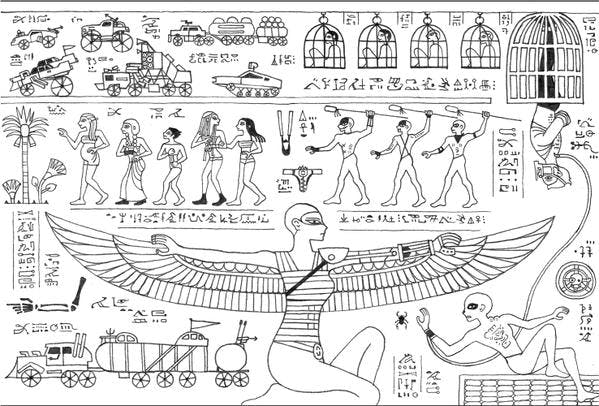 The amazing thing about these is not only does the hieroglyph feature actual Egyptian cuneiform, but that even if you’re not a fan of the film, you can still get a sense of the story from this design: the great mythic city with its powerful ruler and citizens desperate for water, the escaping wives, the pursuing warboys, and the savior Furiosa.

Seriously, how cool is this?

Kanehara, a.k.a. TAKUMI, was a host in a nightclub in Hokkaido, Japan, before his artwork won him a new artist award from Sh?nen Jump. He’s known for creating other elaborate fanworks like GhibliLand, and fanart for anime and other films.

He shared the images on his popular Pixiv, Twitter, and Facebook accounts. On Pixiv, he also shared this version of the bloodthirsty ruler Immortan Joe as a bishounen (hot anime dude): 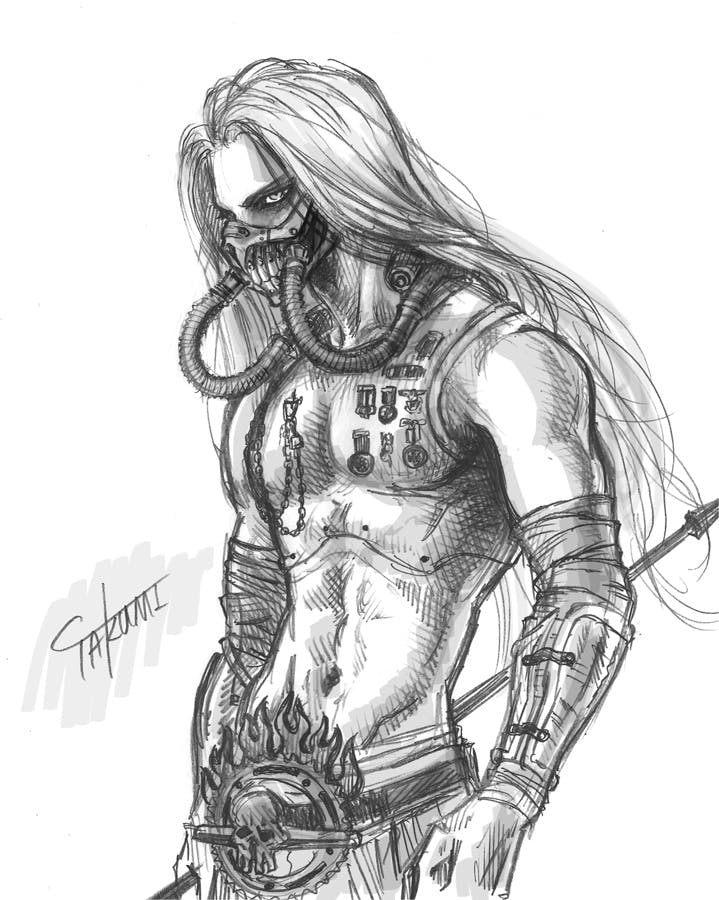 Clearly a huge Fury Road fan, he also recently shared fanart he drew of the film’s ensemble cast in the style of One Piece: 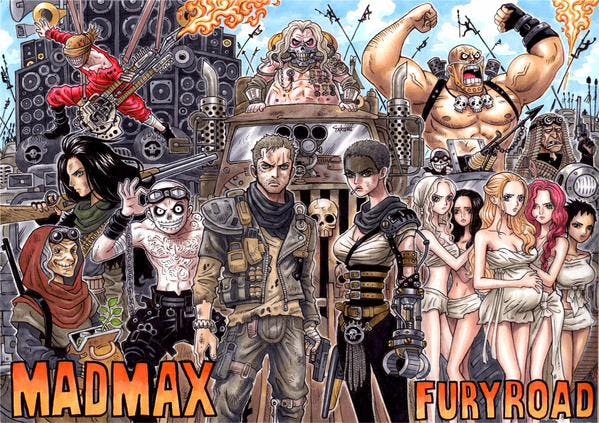 For more of Kanehara’s artwork, check out his gorgeous Ghibli fanart, or follow him on social media.