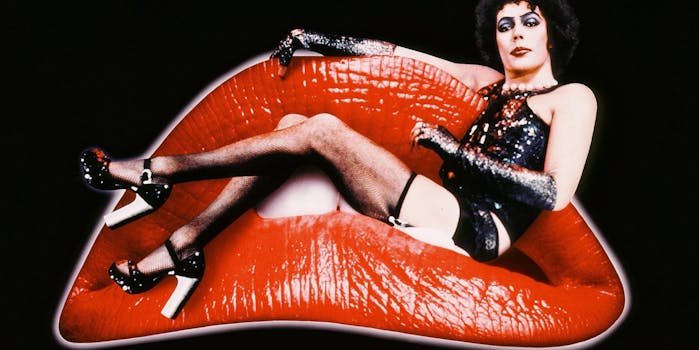 Earlier this month, people were ecstatic to learn that MAC Cosmetics would be releasing a new cosmetics line inspired by cult hit The Rocky Horror Picture Show just in time for Halloween.

The collection includes lipsticks, lashes, glitter, eye shadow, and more. Unfortunately those who were waiting for the promised Sept. 29 launch of the line were disappointed to discover that it won’t be available until Sept. 30 instead.

Let There Be Lips! #MACRockyHorror will be avail in N America online Sept. 30 before noon EST & globally in Oct. pic.twitter.com/ueAXVnJe48

It doesn’t seem like the end of the world, except some fans stayed up all night to order the Rocky Horror-themed collection from MAC’s website. Many took to Twitter to express their excitement about the release and then their growing frustration with its delay.

12AM and nothing… Please hurry.. #MACRockyHorror

Am I the only crazy one shopping for makeup at 6am?! At leat I got the #MACBrookeShields palette! Now to wait for #MACRockyHorror 👐

I must get up and ready for work in around 1.5 hrs and still nothing on #MACRockyHorror

Customers reached out to MAC on Twitter and via their online live chat to try and find out when the Rocky Horror products would be available for purchase. They were told that due to a delay, it might not launch until later in the day on Monday or possibly on Tuesday.

Looks like the #MACRockyHorror collection online release is being delayed 😭 pic.twitter.com/11FiQn7gMF

Are you really gonna keep not only makeup fanatics but rocky horror fanatics waiting all day?? #MACRockyHorror 😫😫😫😰

@MACcosmetics you need to hurry up and launch the #MACRockyHorror collection now I’m getting annoyed.

Whether or not this will have any impact on the line’s in-store release expected on Oct. 2 remains to be seen. Either way, it looks like diehard fans have to wait a little longer before they can channel their inner creature of the night.