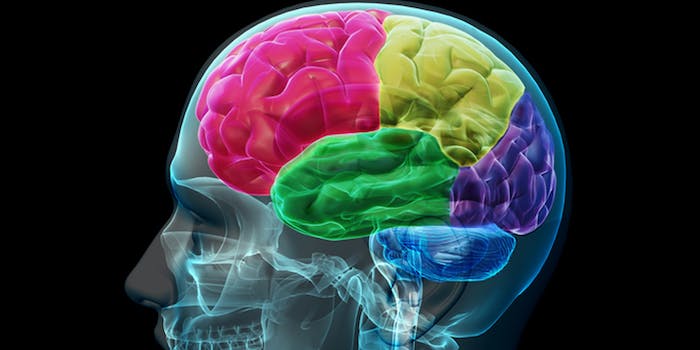 On June 1, the researchers at the University of Virginia published a study in Nature claiming they found lymphatic vessels in the brain. This was pretty interesting considering that one of the well-established facts about the brain was that it did not interact with the lymphatic system. If the results of the study are confirmed, it could help solve mysteries of diseases like multiple sclerosis, Alzheimer’s, and autism.

The lymphatic system is responsible for filtering our blood and shuttling the active cells of the immune system around to various organs. Vessels of this well-mapped system were conspicuously absent from the brain. After centuries of dissecting things, scientists reasonably presumed that the lymphatic system simply didn’t extend to the brain. But apparently the lymphatic vessel was there all along, hiding behind a much larger blood vessel.

Though the findings revise our understanding of human anatomy, they are not terribly surprising. If confirmed, the vessels will be proof positive of a long-standing suspicion that there is a direct connection between the immune system and the brain. For example, the Guardian cited one study that showed that people with diabetes (an autoimmune disease) are more likely to develop dementia than their healthy counterparts.

Perhaps no greater evidence suggests a connection between the brain and the immune system than multiple sclerosis. MS is a complex and poorly understood disease in which the immune system appears to attack and destroy the insulating sheath that keeps the cells of the brain, spinal cord, and eyes happy and healthy. Though research showed that lymphocytes could get into the brain, it wasn’t quite clear how. The thinking is that they sneak through gaps that form in the normally well-patrolled border between the brain and the blood system. But the current results suggest that the immune cells may also enter through the front door, shuttled in directly via the newly discovered lymphatic vessels.

It’s important to note that the role of these vessels in various diseases is still unconfirmed (in fact, their existence still needs to be confirmed by further studies carried out by different researchers.) Business Insider notes that the vessels may simply be an intriguing “red herring: an interesting anatomical finding that’s exciting for scientists but leads to little for patients.”

What the study does promise, though, is that in the years to come we will gain a better understanding of just how the brain interacts with the rest of the body, an area of brain research about which we know surprisingly little.

Screengrab via Allan Ajifo/Flickr (CC BY 2.0)