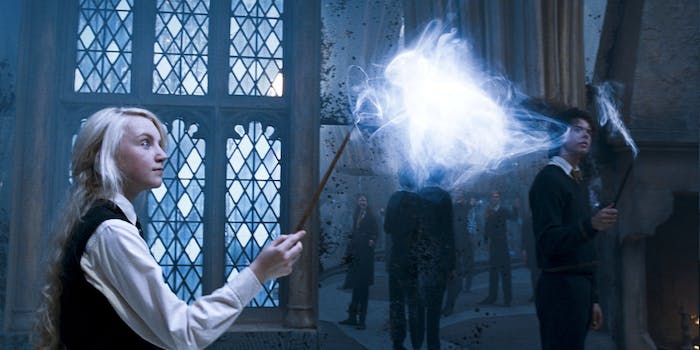 The wands from the Harry Potter movies are pretty elaborate. The prop designers took the “every wand is unique” idea to heart, turning each one into a collector’s item.

So, if you’re cosplaying a specific Harry Potter character, you need to get the wand right.

YouTuber CottonBun is a huge Luna Lovegood fan, and decided to film a DIY tutorial for Luna’s wand. It’s not exactly for beginners, but the end result is perfect, including the tulip-shaped handle. (By comparison, a “real” replica will set you back about $40.)

Don’t worry, you still have several months to practice your wand-making before Halloween costume season!