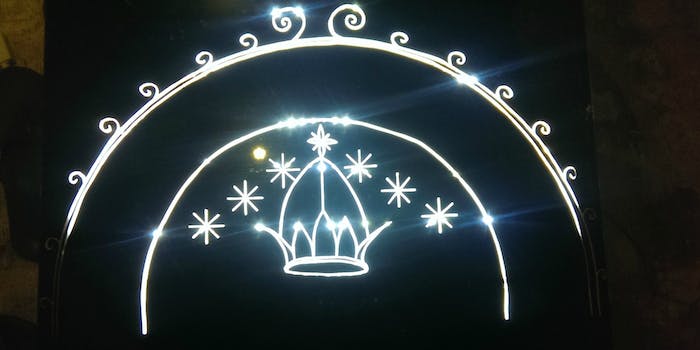 This epic, voice-activated LED-lit door looks just like the Mines of Moria entrance.

It’s been a good week for dudes who love hidden passageways. First Canadian dudes built a 30-foot-tunnel just ‘cuz, and now a Lord of the Rings fan has built a secret door into the Mines of Moria, (by which we mean his basement).

Not content with just staking a claim on a basement home theater and calling it a “mancave,” Reddit user Eclipse_007 decided to turn his lair into the Mines of Moria, complete with the legendary secret door into the caves that advises the entrant to “speak friend and enter.”

How does a secret door work in the average American home? With an amazing combination of detailed artwork and touch-activated LED lights. Check out the video of the door in action:

Reddit’s DIY subreddit went nuts over the door, which Eclipse_007 built out of a hollow plywood structure placed beneath a plexiglass frame. He painted over the door and then scraped the design out of the paint to create a shadow-box effect. 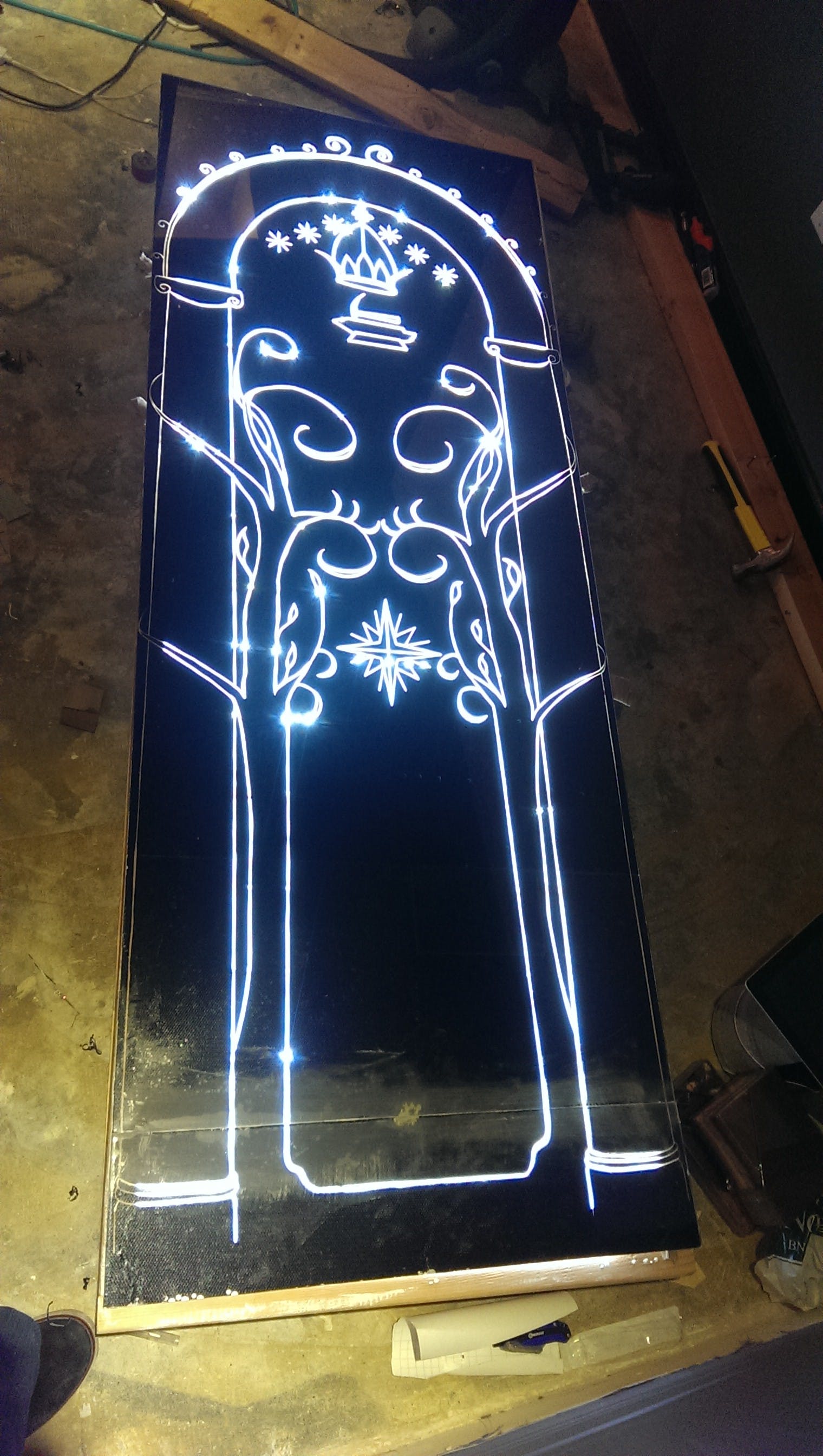 He used open-source Arduino electronics and added a partially voice-activated feature that allows him to open the door the same way the fellowship of the One Ring opened its predecessor: He speaks “Mellon,” the Elvish word for “friend” in the Tolkien universe.

Eclipse_007 is also working on finishing the home theatre along the same theme. He’s promised to share the results with Reddit when he’s done. He’s eager to get his friends to come and record their voices for him so that they, too, can speak “friend” and enter.

You can see the construction process at his Imgur gallery.