Spock will get a special in-game tribute, according to developers.

In honor of Leonard Nimoy, whose passing at the age of 83 was announced yesterday, players of the MMO Star Trek Online gathered in large numbers on the homeworld of the character Nimoy became world famous for portraying.

Sharing their accounts of the event on Reddit, users noted that more than 1,000 players gathered on Spock’s home planet of Vulcan and stood in silent tribute to Nimoy. 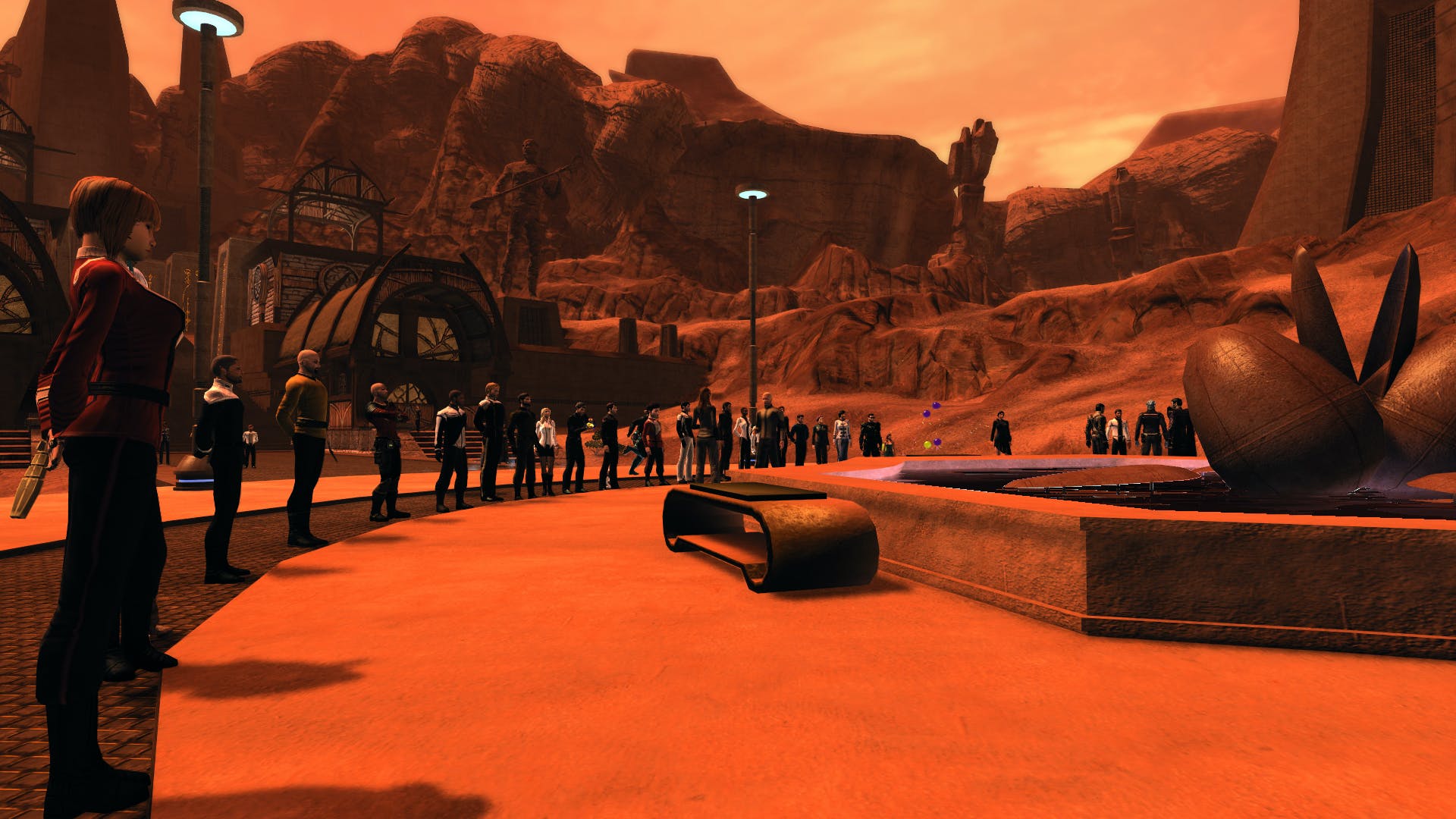 Nimoy offered his voice to the game for several short narrative sequences, and Star Trek Online executive producer Steve Ricossa offered his condolences to the community via the game’s online forum. He also noted that the development team is planning its own special tribute, which will take the form of a Spock statue added on March 5.