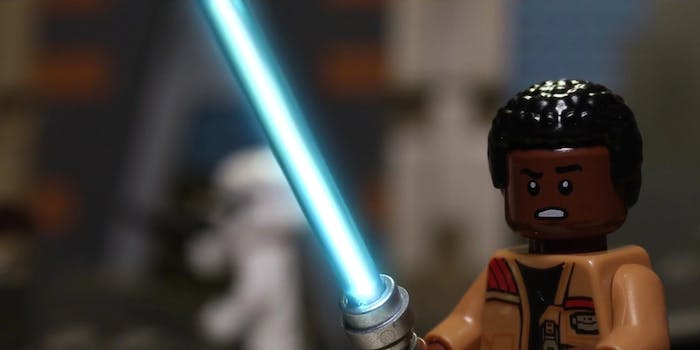 From ‘Star Wars’ to ‘Avengers,’ celebrate 2015’s great films with this Lego tribute

There's no better way to catch up on a year's worth of huge films then with a stop-motion Lego video.

Last year saw an impressive number of blockbuster releases, from Avengers: Age of Ultron and Jurassic World to the record-smashing Star Wars: The Force Awakens. Now, thanks to YouTube channel Toscano Bricks, you can relive the magic of these films in perhaps the best way possible—through a Lego montage.

The YouTube channel’s tribute to the big movies of 2015 uses stop-motion animation to recreate scenes from the films. The recap will be fun to watch even if you haven’t seen all of the films featured in it. Beware, though: spoilers for some of the movies began slightly more than halfway through the video.

It might take you a few rewatches to correctly guess which scenes are from which films, but the animation is so well done that some of the scenes will be instantly recognizable.

Toscano Bricks’s many other Lego remakes include the Game of Thrones season 6 trailer.