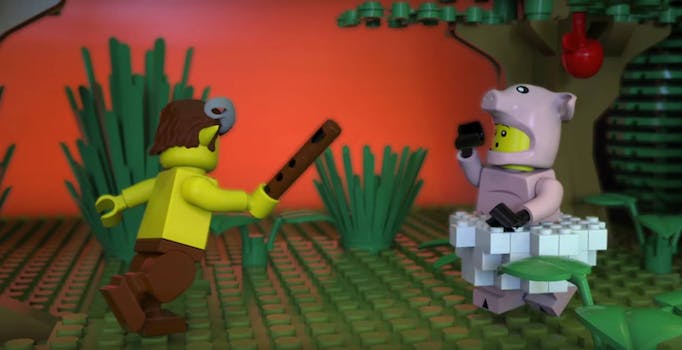 All the Lego's a stage.

William Shakespeare died just three days before what would’ve been his 53 birthday on April 23, 1616. As we approach the 400th anniversary of the Bard’s death, worldwide tributes are popping up to celebrate his accomplishments.

Perhaps the most endearing is Lego’s video montage, depicting some of the most iconic scenes from the likes of Romeo and Juliet, A Midsummer Night’s Dream, and Macbeth.

Being that it’s Lego, humor is delivered with a heavy hand—one that Shakespeare would undoubtedly approve of. After all, a Midsummer Night’s Dream did include Pan turning Bottom’s visage quite literally into that of a donkey. Here, Lego gives him a bit more of a loving treatment as a jaunty unicorn.

If the Holy Bible can be completely reimagined with Lego blocks, here’s hoping Shakespeare’s impressive canon receives a similarly expansive treatment. Looks like Lego itself has already paved the way.