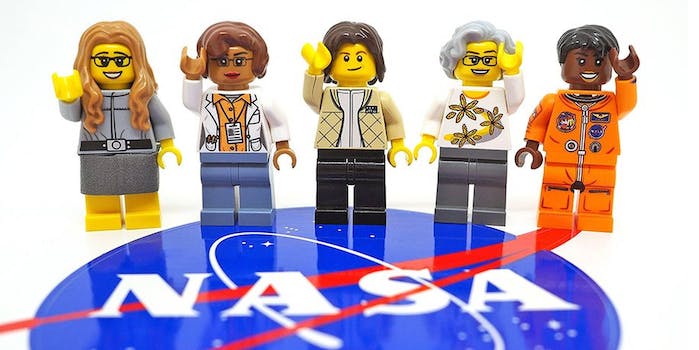 Lego is making a ‘Women of NASA’ set designed by fans

If you liked 'Hidden Figures,' you'll love this.

Thrilled to finally share: @LegoNASAWomen has passed the @LEGOIdeas Review and will soon be a real LEGO set! https://t.co/rcyjANsVD9 pic.twitter.com/b9OVx5UBaL

The Women of NASA set will now officially go into production, including the minifigures and several space-related additions like rockets, telescopes, and laboratory equipment.