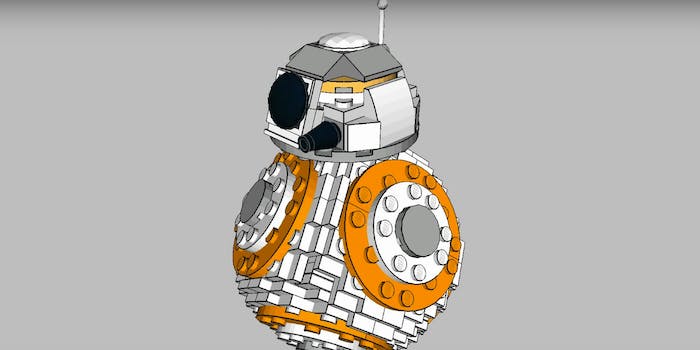 How to build your own Lego ‘Star Wars’ BB-8

The Force Awakens has inspired a number of official Lego sets for Star Wars fans, but so far none of them let you build the lovable new droid BB-8.

BB-8 is included as a minifigure in some sets, but that’s not the same as being able to build your own droid! Luckily fans and Lego builders like Daniel Stoeffler are taking matters into their own hands, offering ways for you to build BB-8 while encouraging Lego to create a buildable version as an official set.

In a YouTube video, Stoeffler shows how it’s possible to build a mid-size Lego BB-8 using 257 pieces. If you can track down the pieces featured, you can follow the steps in the video to build your own. He also has building instructions on his website.

It would be easier if all of the pieces just came in a set, and that’s what Stoeffler is aiming for. His BB-8 is actually part of a project he proposed through the Lego Ideas website, where fans can suggest ideas. Any that receive at least 10,000 supporters are considered by Lego for production. 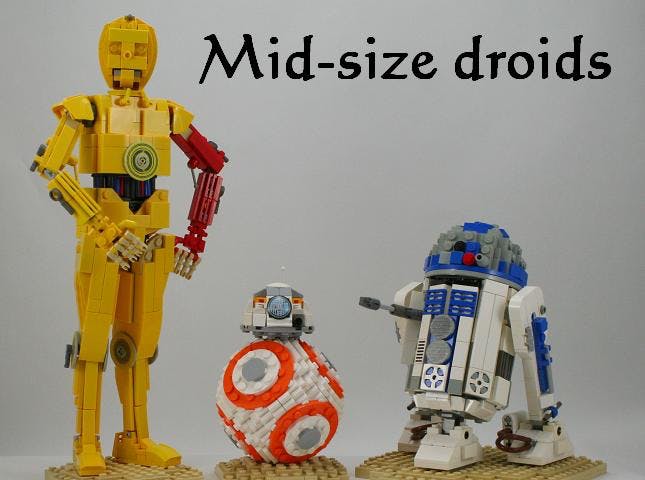 Stoeffler’s set would also give you the chance to build a mid-size C-3PO and R2-D2.

“All three droids feature all details that can be included at the mid-size scale. The mid-size corresponds to an intermediate scale between the ultimate collector series and the minifigure one. The scale allows to get detailed models not too large, not requiring too much parts and not too expensive to produce,” Stoeffler writes in the project description.

For the size of the models, each droid would have some great details like R2-D2’s head rotating and C-3PO’s body being fully articulated. Instructions for building R2-D2 and C-3PO are also available on Stoeffler’s website. If you would prefer the droids not to be bundled together in a set, Stoeffler does have projects that separate BB-8 from the others too. 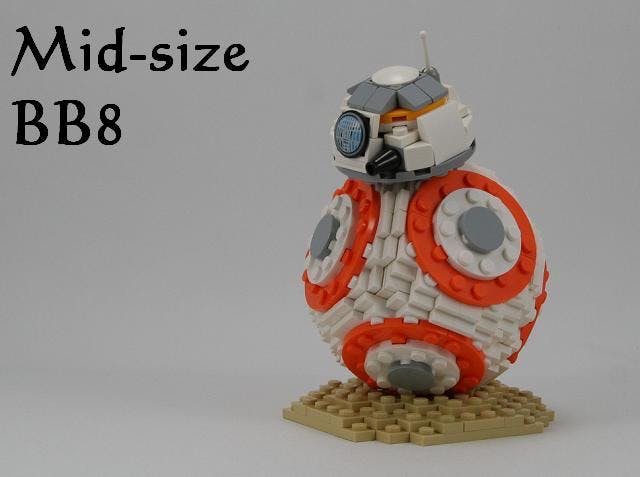 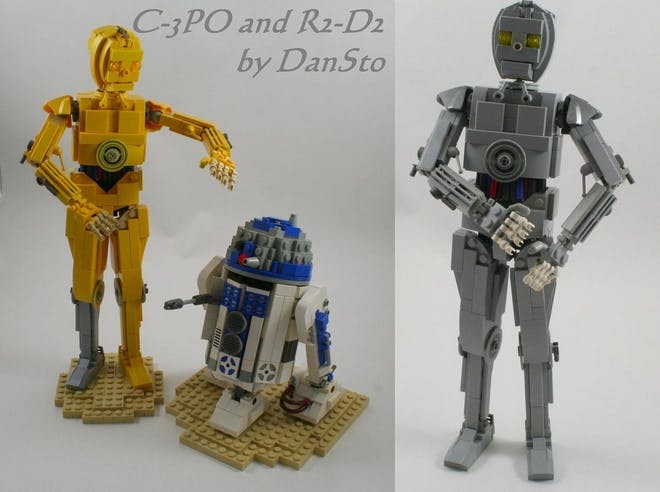 Stoeffler is not alone in wanting a set featuring the new droid. Search the Lego Ideas site and you’ll find at least seven other projects for a buildable BB-8. Many feature the droid alone, though there is another project that includes the droid trinity of BB-8, C-3PO, and R2-D2. Other projects, such as one created by Lego Ideas user Henrik Lorentzen and another by user chuckskoda, also include videos to help you build your own as we wait for one of these to be made official. It might take some time before any of the fan-proposed sets reach the 10,000 mark though with Stoeffler’s set at just 582 supporters and others in a similar range as of this writing.

Until then, at least these fans are offering some ways for you to bring BB-8 to life in Lego on your own as they try to get the company to consider their sets. You can learn more about Stoeffler’s project and the other BB-8 sets on the Lego Ideas website.