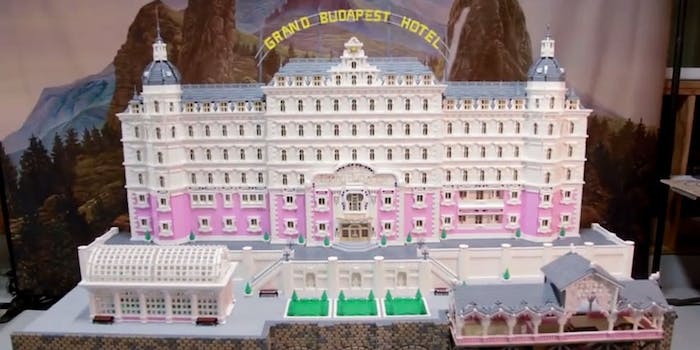 To commemorate the film’s upcoming DVD release, Fox Searchlight recruited model builder Ryan Ziegelbauer and his eight-member team to create a replica of the fictional Grand Budapest Hotel. According to the company’s YouTube channel, the construction required more than 50,000 bricks, which were donated by Lego enthusiasts and collectors from six different countries.

Now all we need is a small Bill Murray Lego figure to truly complete the set.