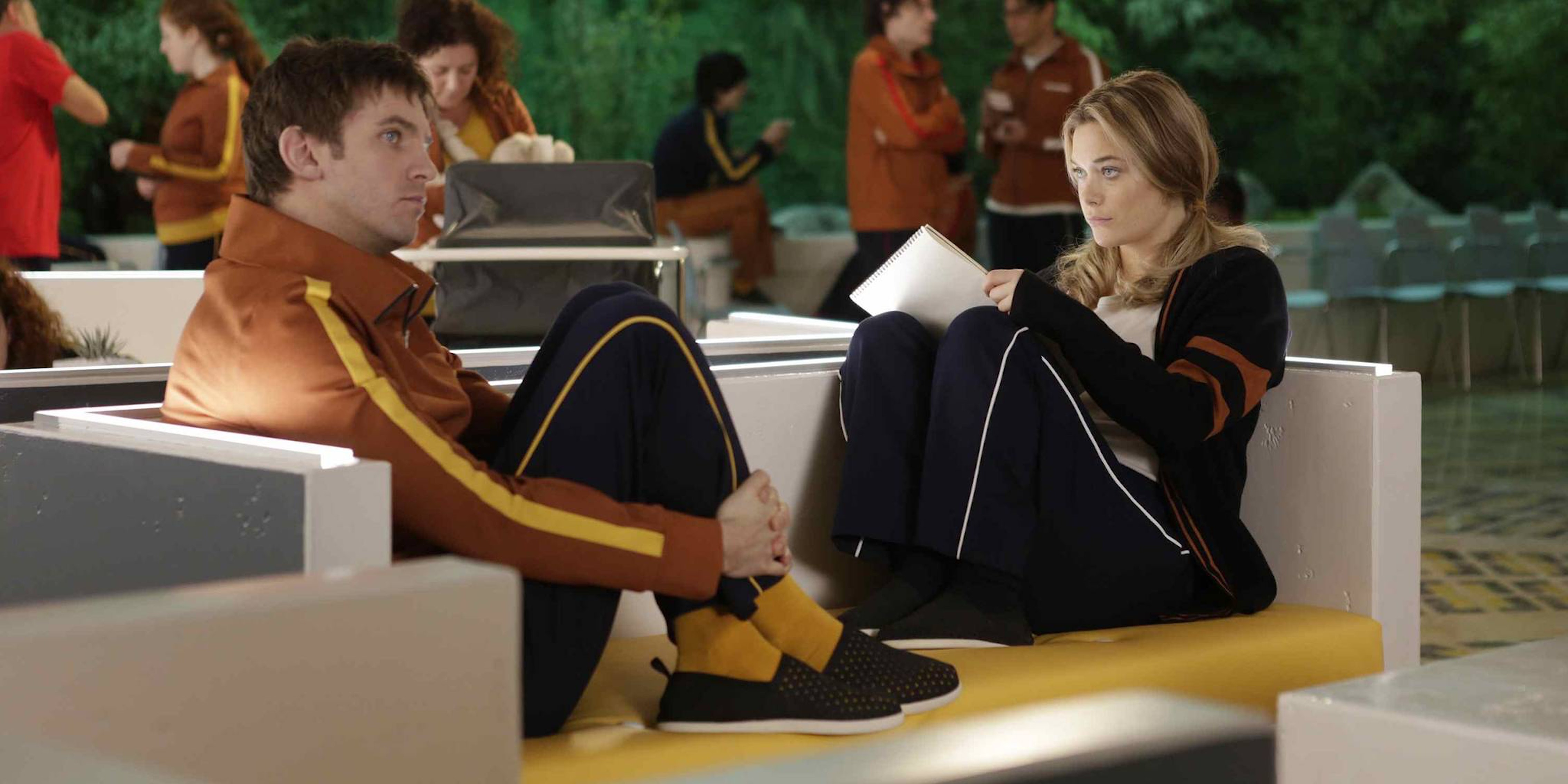 Finally, a superhero show that understands the visual impact of the comic book medium.

Warning: This review includes some spoilers for Legion episode 1.

Legion forces us to view the X-Men universe from a new angle, with a protagonist who was raised to believe his mutant powers are symptoms of mental illness. Starring Dan Stevens (Downton Abbey) as the twitchy, telekinetic David Haller, the first episode is radically different from the formulaic introductions we often see in superhero TV.

David Haller begins the show in a mental hospital, medicated to discourage his “hallucinations” of telekinetic powers and disembodied voices. Grumpily attending group therapy alongside his friend Lenny (Aubrey Plaza), his life is changed by the appearance of Sydney Barrett (Rachel Keller), a new patient who encourages him to view his hallucinations as a feature of his personality rather than an illness.

This romance has all the ingredients for some cringeworthy manic pixie dream girl antics, but the relationship works surprisingly well—perhaps ominously well. The standoffish Sydney has her own demons, and Dan Stevens has a rare knack for displaying childlike wonder and vulnerability without morphing into an annoying manchild.

Pilot episodes often lean too heavily on clumsy exposition, so it’s refreshing to see Legion go full-throttle into unexplained weirdness without talking down to its audience. The plot is a chronological jumble, and we’re constantly reminded of David’s status as an unreliable narrator. Is Sydney actually a hallucination? How much of David’s surroundings are real? We jump between David’s backstory, his time in the hospital, and a later interrogation scene that reveals he’s being investigated by (naturally) a shadowy government agency. The result is something between Netflix‘s The OA and a Wes Anderson movie, equally entertaining if you’re a die-hard X-Men fan or if you have literally no idea what the show is about.

Writer/director Noah Hawley (Fargo) is a strong visual storyteller, which is where Legion really stands out from its superhero TV peers. Surprisingly light on dialogue, the show uses production design and music cues to do a lot of the heavy lifting, particularly regarding David’s unreliable perspective. Even the time period is uncertain, combining a contemporary tone with stylized versions of 1960s fashion and interior decor. The hospital lounge looks more appropriate during a Serge Gainsbourg musical dream scene than it does for its actual function in the hospital.

After years of superhero shows that share an aesthetic with generic crime dramas, Legion is a welcome adaptation that celebrates the nature of comics as a visual medium. Visual effects and vibrant location choices emphasize David’s discombobulated mindset, and the costume design (Carol Case) is full of deliciously odd little details, like a pair of detectives wearing all-brown and all-green suits (who does that?) and orderlies wearing pink knitted hats as a counterpoint to the heavily armed guards outside.

Like the tracking shot that reveals the real location of David’s mysterious interrogation room, Legion takes a while to reach its first traditional “X-Men” scene, where a mutant flings soldiers through the air. It’s a stark contrast with David’s surreal experiences, reframing the superpowered battle as pragmatic instead of awe-inspiring or magical. David Haller, a decidedly nontraditional superhero protagonist, is just buffeted from one disaster to the next; confused, malleable, and still unaware of his own power.