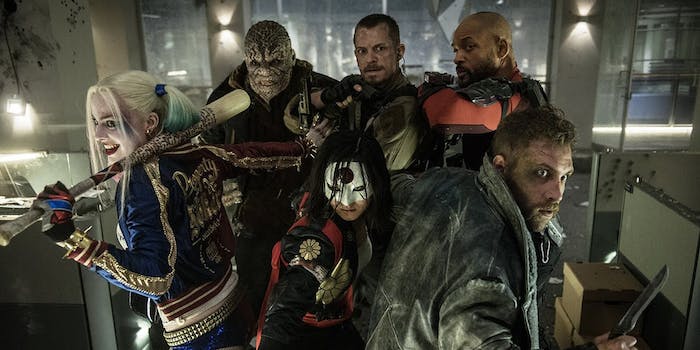 Could ‘League of Extraordinary Gentlemen’ be headed for a ‘Ghostbusters’-style reboot?

According to a Collider interview with producer John Davis, the upcoming League of Extraordinary Gentlemen reboot will be “female-centric.”

While the League comics remain popular, the 2003 movie adaptation was regarded as a huge disappointment by fans and critics alike. But it did make a lot of money ($179 million on a $78 million budget, plus DVD sales), so 20th Century Fox is forging ahead with a reboot. Of course.

Speaking to Collider, Davis said he was aiming for an “authentic” and “back-to-basics” approach, namechecking Mad Max: Fury Road for its predominantly female cast.

“Just by going back to the roots and making it authentic to what the fan base was really excited about. It’s female-centric, which I think is interesting. I love female characters, point-of-view characters in action movies. I thought Mad Max was great.”

Before anyone gets too excited about the idea of a Ghostbusters–style reboot for a film with the word “gentlemen” in the title, we should probably examine what “female-centric” actually means.

In this case, we suspect “female-centric” translates to Mina Harker as the protagonist and leader of the League, possibly with one or two female side-characters on top of the better-known male characters. The idea of an all-female League sounds amazing—especially if the movie gender-swaps familiar characters like Dr. Jekyll/Mr. Hyde—but it strikes us as unlikely in the current Hollywood landscape.

That being said, the Daily Dot is happy to help with casting choices if Fox does decide to go the all-female route. We’ve been on the case since May.

Hot topics in the @DotGeek newsroom: Which women to cast in an all-female League of Extraordinary Gentlemen reboot to stop it being awful.

Photo via The League of Extraordinary Gentlemen/DC Comics Wiki