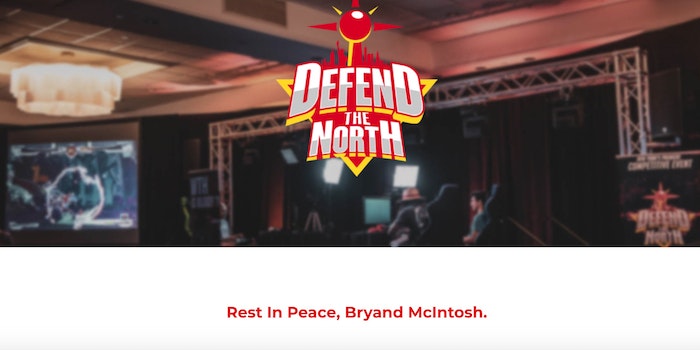 Gamer Krucial B passes away during Defend the North tournament

Bryand “Krucial B” McIntosh, a member of the Louisiana fighting game community, passed away this weekend while attending the annual New York City-based fighting game tournament Defend the North at the age of 34.

According to participants present at the event, McIntosh suffered a seizure in the venue shortly after playing a Samurai Showdown match. Although paramedics arrived at the New Yorker Hotel, which hosted Defend the North, he reportedly died that night at an area hospital, according to Kotaku.

Unfortunately I got the news that this man passed away

Capcom, an official sponsor of the event, later confirmed the incident and McIntosh’s passing through social media.

We are very saddened by the sudden passing of Bryand '@Krucial_B' McIntosh. He was a pillar in the Louisiana FGC and the community as a whole. Our deepest condolences to family and friends.

RIP Bryand. You will be missed.

Following his death, fans and gamers have been critical of event organizers. However, no official information has been released that indicates that the conditions inside the Defend the North venue were the direct cause of McIntosh’s seizure and subsequent passing.

Event attendees have shared complaints about Defend the North’s handling of the heatwave that hit the East Coast this past weekend. Heat indexes in New York City consistently reached into the triple-digits during these days. “This is really serious. This is not business as usual,” said Mayor Bill de Blasio on Good Morning America as he urged New Yorkers to be wary of the heat. In light of this, many Defend the North attendees were critical of the venue not allowing outside food and drink, and in particular, water bottles.

Reading you can’t even bring in water into the DTN venue??? What even is that?? There’s a freaking heat wave happening dude

@bum163 has trained us for this heat and destruction. (Seriously though this is horrible) pic.twitter.com/Wr0nCelFn8

“Louisiana lost a catalyst for a lot of people in the FGC. I lost a mentor & a teacher. We all lost a friend,” wrote NovaSpec, a friend of McIntosh. It seems clear that McIntosh’s presence in the community will be missed. “I looked up to him and the positive memories I have of him will always contribute to my own vision for what our community can be. What it can and should stand for,” wrote fellow fighting game community member Majin Obama regarding McIntosh’s passing.