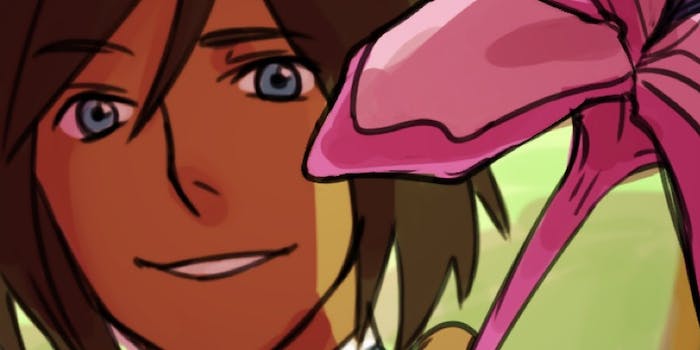 Fanartist brings us adorable Snapchats from beyond the ‘Korra’ finale

Korra and Aasami journeyed into the spirit world together, but luckily for us they brought their phones.

The finale of Legend of Korra, Nickelodeon’s beloved follow-up to its equally beloved Avatar: The Last Airbender, had plenty of surprises for fans. But none was bigger than the series’ final moment, when (major spoiler ahead!) heroines Korra and Asami joined hands in a confirmed lesbian relationship and decided to go on a vacation together.

The two new girlfriends, better known to Tumblr’s femslash shippers as Korrasami, decided to visit the Spirit World, home to the spirits of avatars past and present. Fortunately, thanks to Tumblr fanartist beroberos, we don’t have to imagine what kind of fun they got up to on the astral plane.

Beroberos, a.k.a. Veronica, a sophomore at the Rhode Island School of Design, posted to Tumblr an adorable series of imagined Snapchats taken on the duo’s vacation. The photoset instantly went viral, and it’s easy to see why. These two are just delightful, onscreen and off. 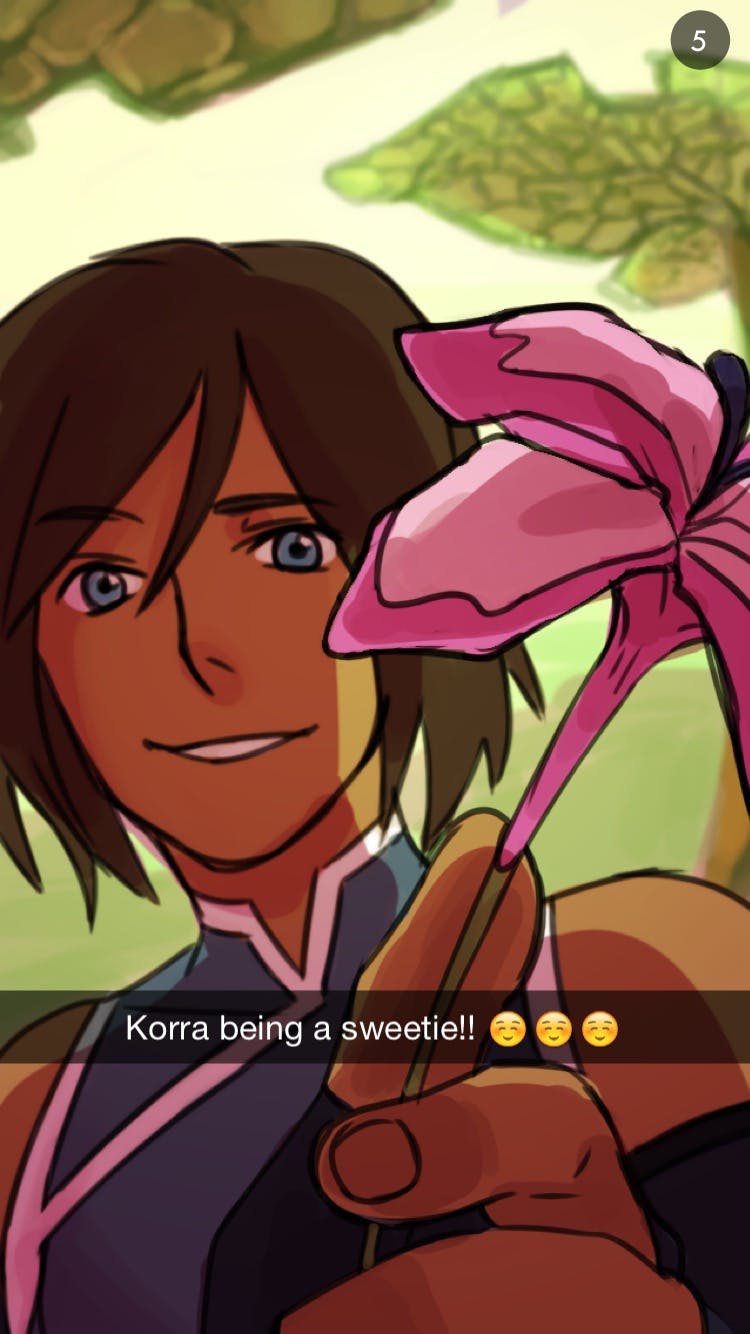 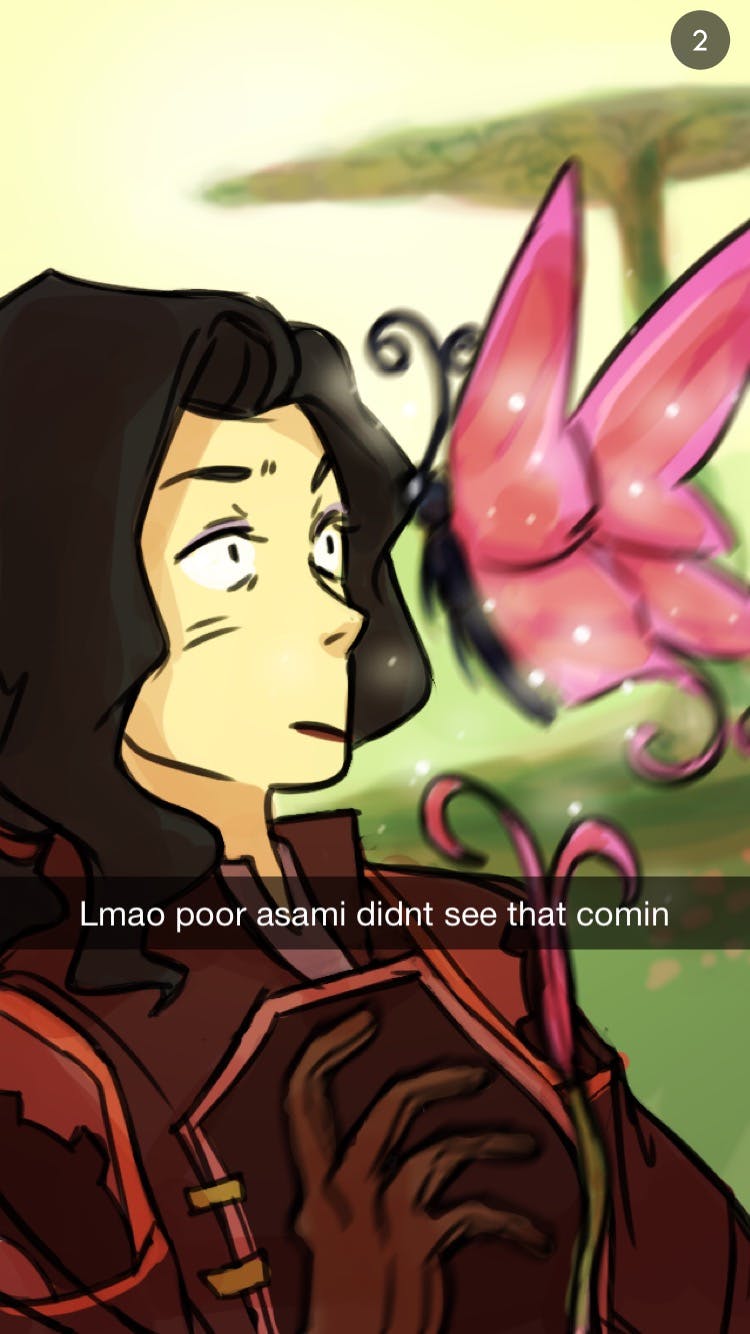 They’re even adorable when spirit creatures steal their phones. 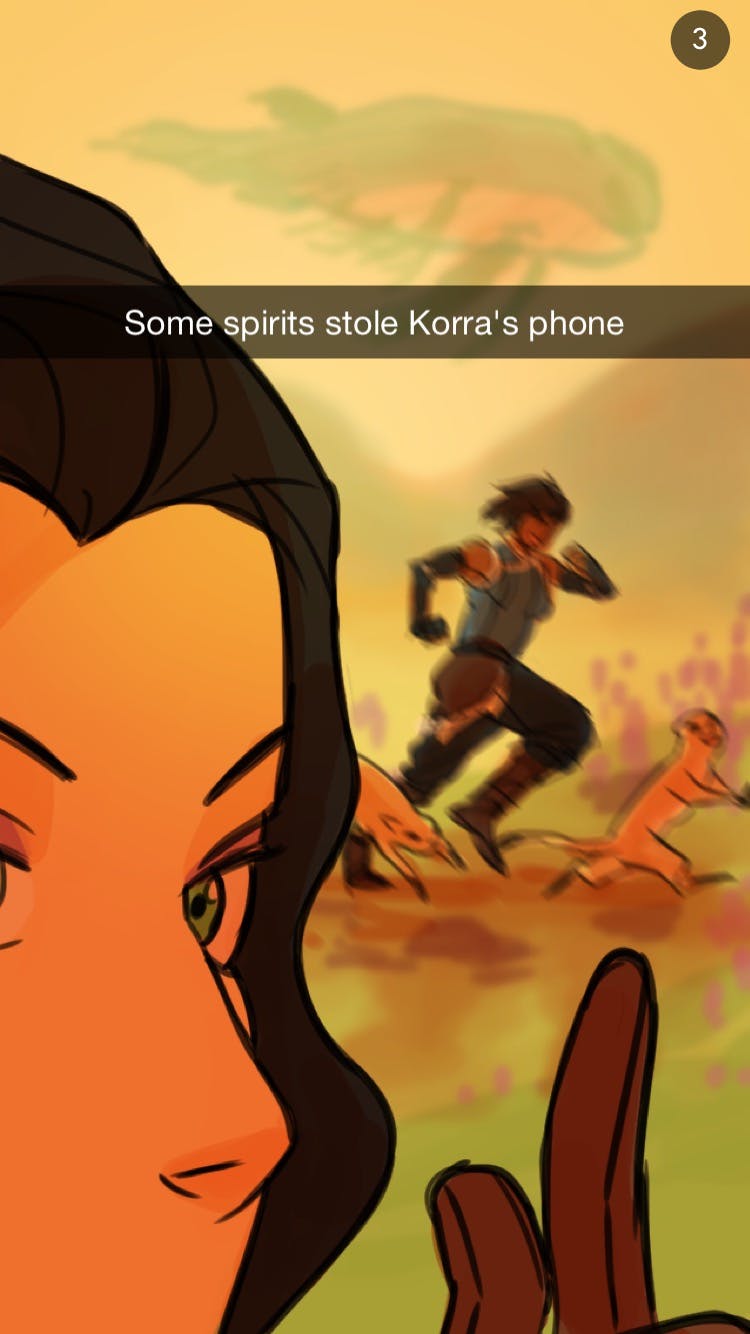 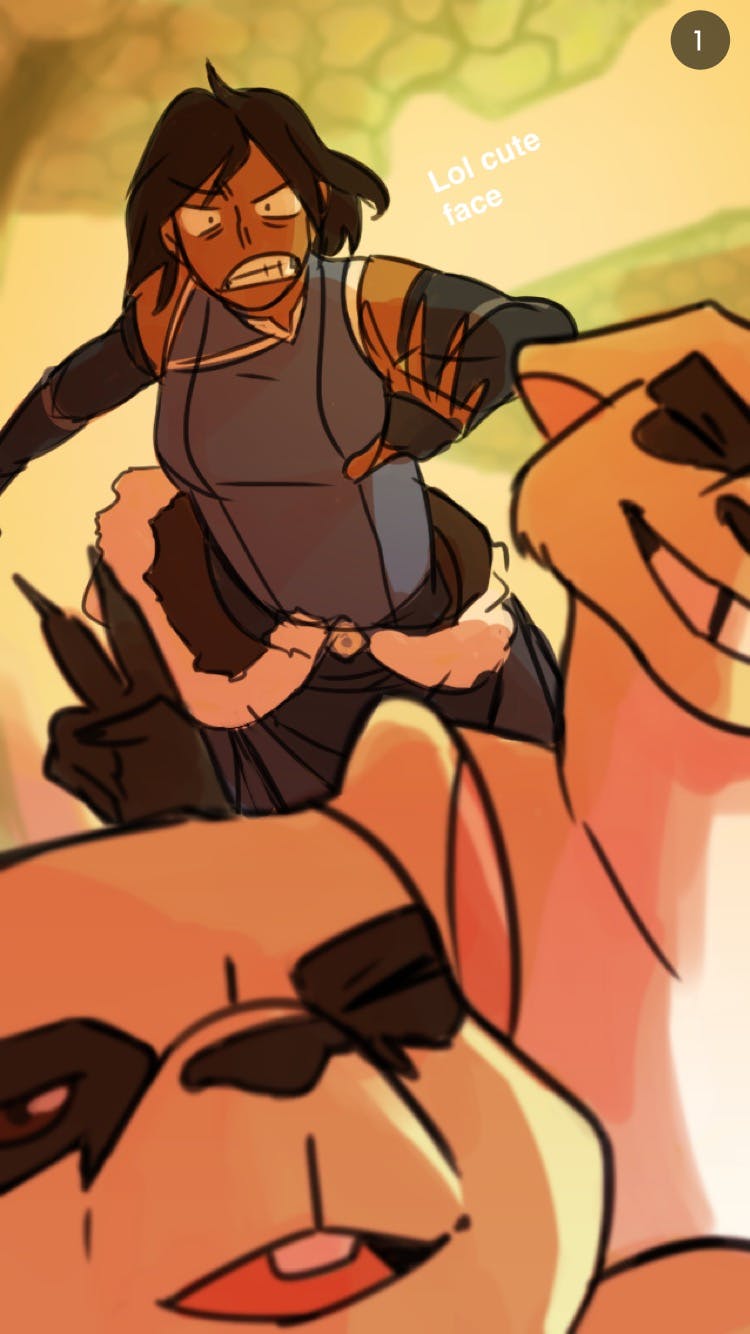 And since this is the spirit world, of course Avatar’s General Iroh makes an appearance, complete with tea. 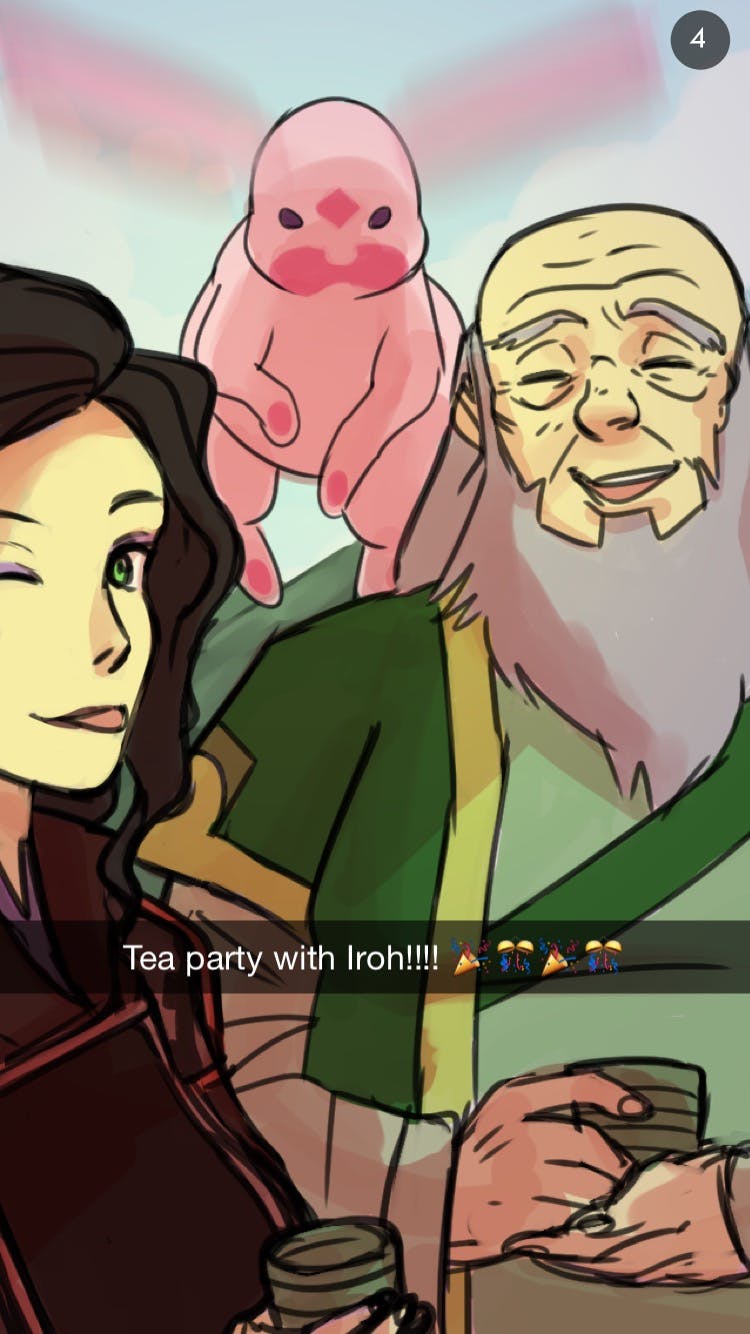 Finally, the best part of all—a chance to see Korra and Asami, who despite having a large fan following were never more than implied to be a couple in the series, get to have some affectionate alone time. 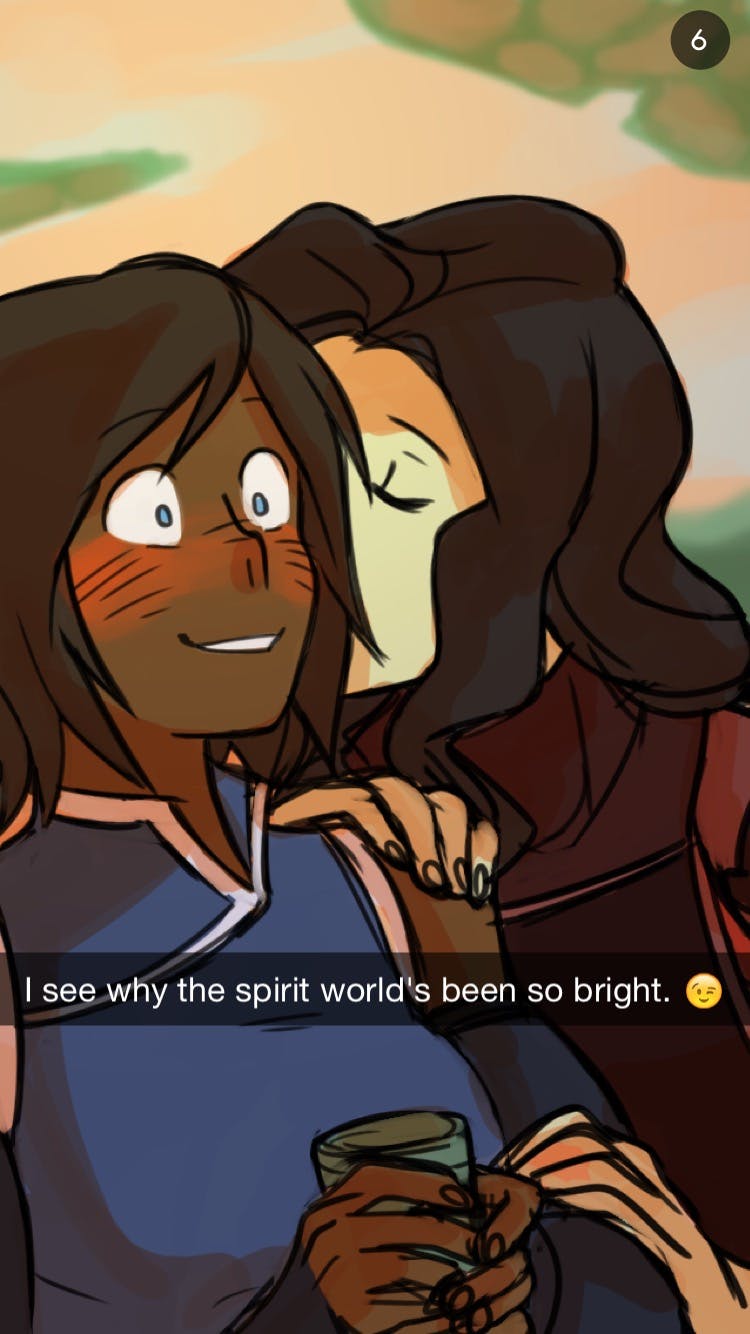 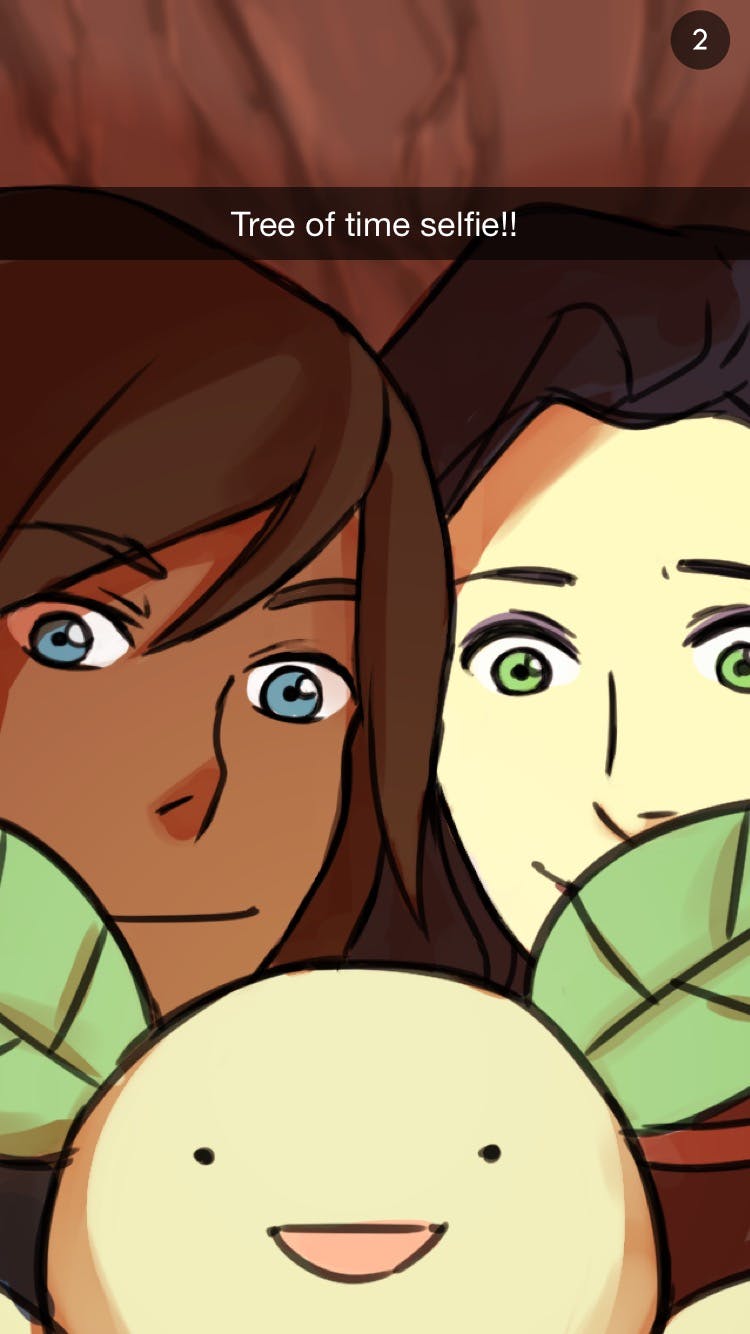 OK, so technically the Korra universe doesn’t have cell phones. But who’s going to be picky when we can imagine selfies like these? Or this cute snuggle-up shot, which we’ll just assume wound up on their phones when they weren’t looking. 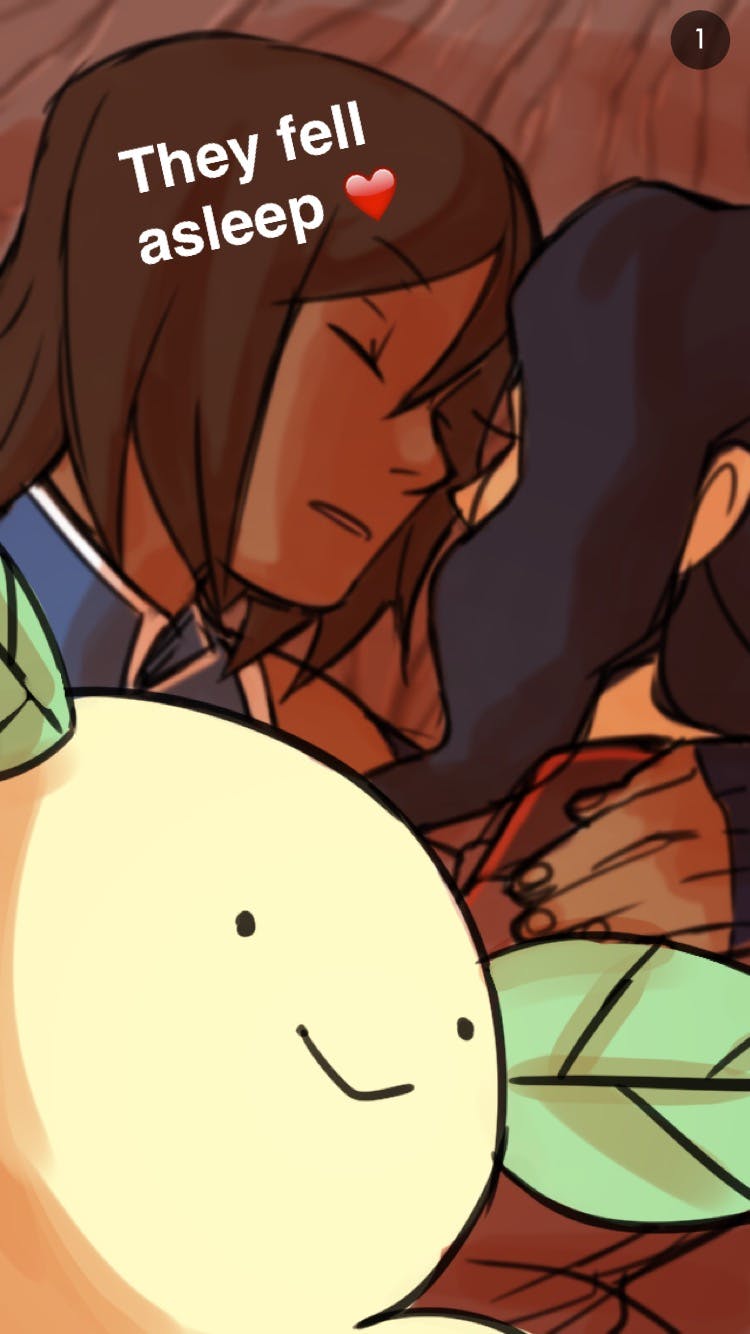 If you want even more gorgeous Korrasami fanart and more Avatar/Korra snapchat posts, check out Veronica’s art tag on her Tumblr.