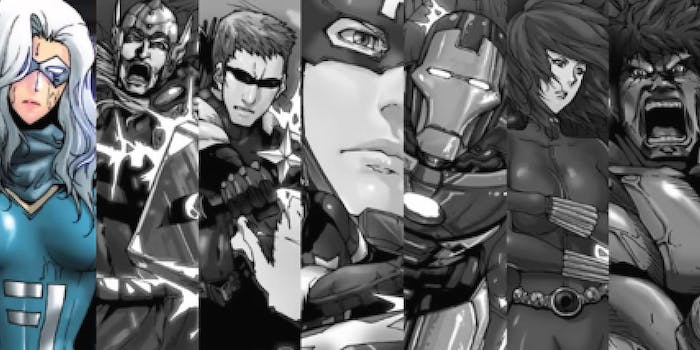 Webseries star White Fox was so popular, Marvel is bringing her to the U.S.

But comics fans will be seeing her soon: White Fox is crossing over into the English-language side of the Marvel comics universe. She’ll be joining the Avengers team in an upcoming comic that may be part of Marvel’s attempt to change how it presents the webcomic format. 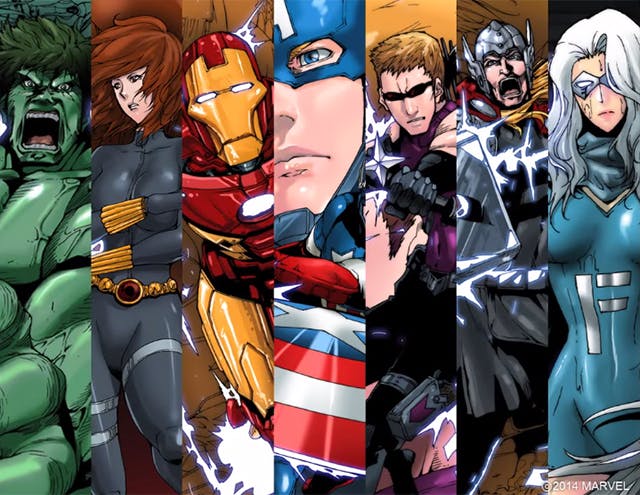 Screengrab via YouTube; White Fox is shown at the far right

In Korea, White Fox is the titular superheroine of a series created by artist and writer Koh Young-hun. In addition to uniting her with other well-known members of the Avengers, Electric Rain also served as the debut of Marvel’s entry into a new format designed for specially displaying comics, known in Korea as the “webtoon.”

Produced by Disney Korea and Korean webportal Daum, the Electric Rain webtoon features a story layout that requires vertical scrolling as you read—a format far more familiar and web-friendly to most users than the typical horizontal scrolling required by most comics and manga layouts.

Both White Fox herself and the new format proved hugely popular with Korean comics fans—so popular Marvel hopes to experiment with the new format in the U.S. as well. Speaking at a press conference last week, Marvel writer and executive C.B. Cebulski stated he was looking forward to bringing White Fox overseas, along with the webtoon format. Cebulski referred to “smartphone-based models” of comics presentation as the future Marvel needed to embrace.

This certainly isn’t the first time Marvel comics has delved into Asian cultural touchstones—the most recent issue of the Japanese magazine Brutus featured a crossover with Marvel characters and the hit manga series Attack on Titan.

But along with the recent ascent of characters like Kamala Khan (Ms. Marvel), Sam Wilson (Falcon), Carol Danvers (Captain Marvel), and T’Challa (Black Panther) to stardom in the Marvel pantheon, it does represent an increasing awareness that audiences are hungry for a diversity of cultures and experience, along with their regular serving of good guys fighting evil.

Besides, if Naruto‘s long-running success is any indication, Marvel should have honed in on the popular folklore of the nine-tailed fox as a superhero origin source a long time ago. It’s found in three distinct Asian cultures, and it’s intimidating. In Korea, the nine-tailed fox traditionally assumes the body of a seductive young woman who lures men to their deaths in order to steal their life essence, possibly by eating their hearts or livers.

A beautiful, man-destroying Korean superheroine? Let’s hope Marvel’s webtoons also come with a pull list, because White Fox is already on ours.