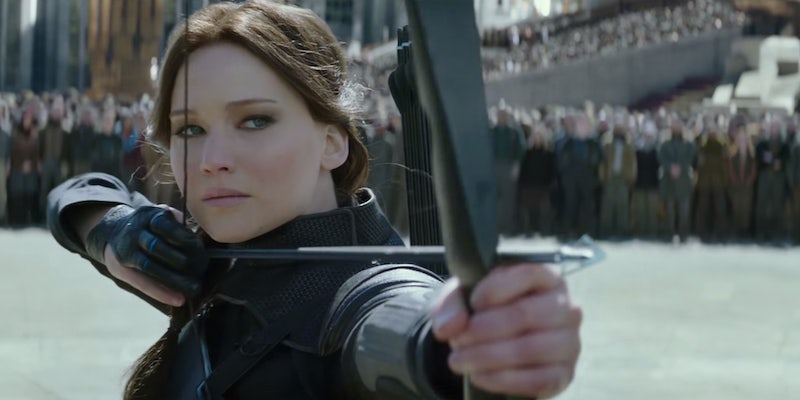 Winter is coming—and so is the revolution.

Katniss Everdeen has never faced a Snow quite like this.

President Snow is one thing. He’s a merciless ruler from the Capitol who’s not beneath sending teenagers to fight to the death for entertainment and hijacking someone’s mind just to torture his great adversary. Jon Snow, a lowly bastard who rises up the ranks of the Night’s Watch to take the role of Lord Commander while making friends and enemies at every pass, is another.

They both make decisions that the people don’t support. They have to be taken down with some help from a mutiny, a Mockingjay, and Gwendoline Christie.

And after everything, Katniss might be the only one who hopes he stays dead.