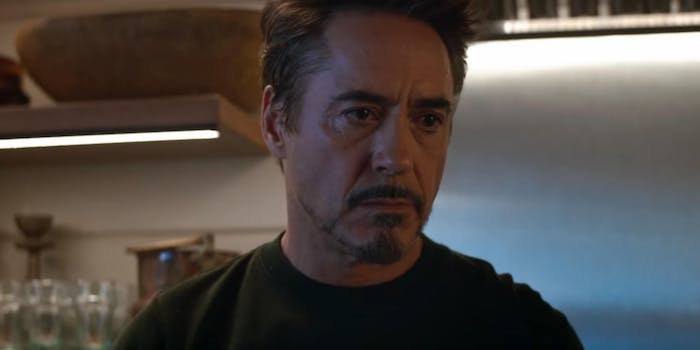 The scene is emotional, but it's also pretty clear why it was cut.

It was announced last year that the 13 Reasons Why and Knives Out star was cast in a small role in Endgame, but when the film debuted in April, Langford was mysteriously missing. Her scene was cut, but it now exists as an extra on Disney+ and reveals she was cast as the future version of Tony Stark and Pepper Potts’ daughter Morgan. The deleted scene features Stark reuniting with her in the same “way station” where Thanos met with a younger Gamora.

Directors Anthony and Joe Russo explained in May that the scene was “really confusing” to test audiences, since her character hadn’t been in any of the previous films, and there wasn’t an “emotional association” with her. In the scene, which would have come after Stark reverses Thanos’ snap, Morgan tells her dad that she “got to live, grow up,” thanks to his sacrifice, and reassures him that she was happy to get the time together that they did. Stark tells her, “I love you 3000.”

Though it’s emotional, it’s pretty easy to see why the scene was cut; it doesn’t add anything to the film. In the accompanying commentary, the Russos said the scene took some of the momentum out of the already three-hour film, and was a little too similar to the eulogy Stark gives. It felt like too many endings. Other deleted Endgame scenes include an alternate version of Hulk and the Ancient One meeting, and an alternate Black Widow and Hawkeye battle scene on Vormir.