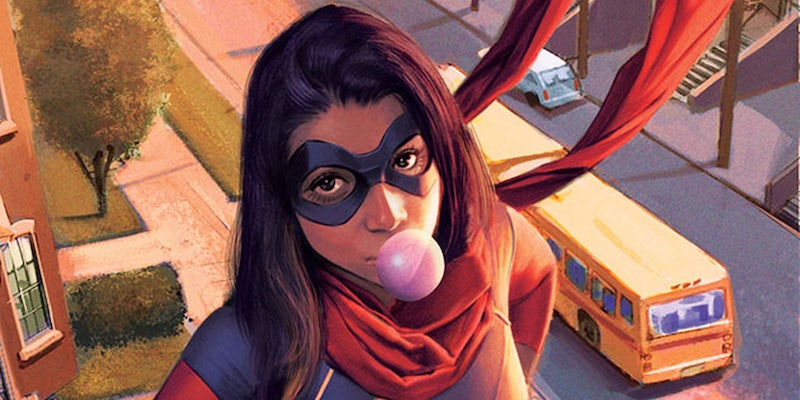 Free-speech laws in the U.S. mean that no one can stop anti-Muslim right-wing organizations from promoting their racist rhetoric.

But thanks to the presence of 16-year-old superhero Kamala Khan, alias Ms. Marvel, it will be a lot harder for one Islamophobic organization in San Francisco to spread its abhorrent message.

@sfmta_muni these ads are hateful and offensive. Please remove them. pic.twitter.com/kFv7mNJF5U

Previous versions of the ads have rolled out in other cities. Like the ones in San Francisco, they, too, appeared with references to Hitler.

But in San Francisco, a group of street activists has been fighting back by strategically modifying the ads to display images of Kamala Khan instead of their original messages. 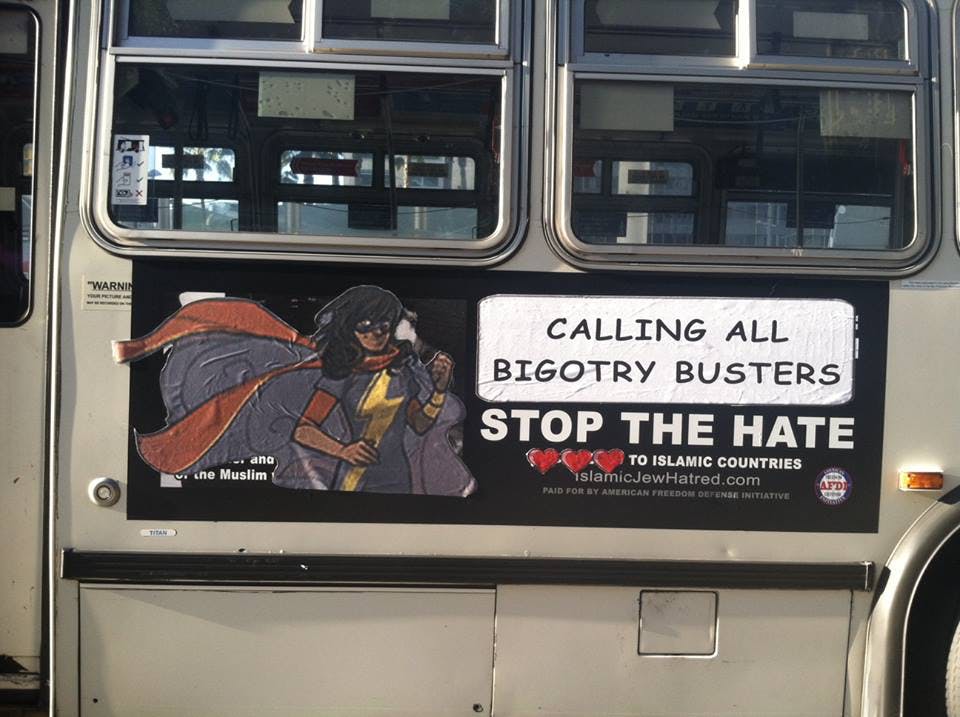 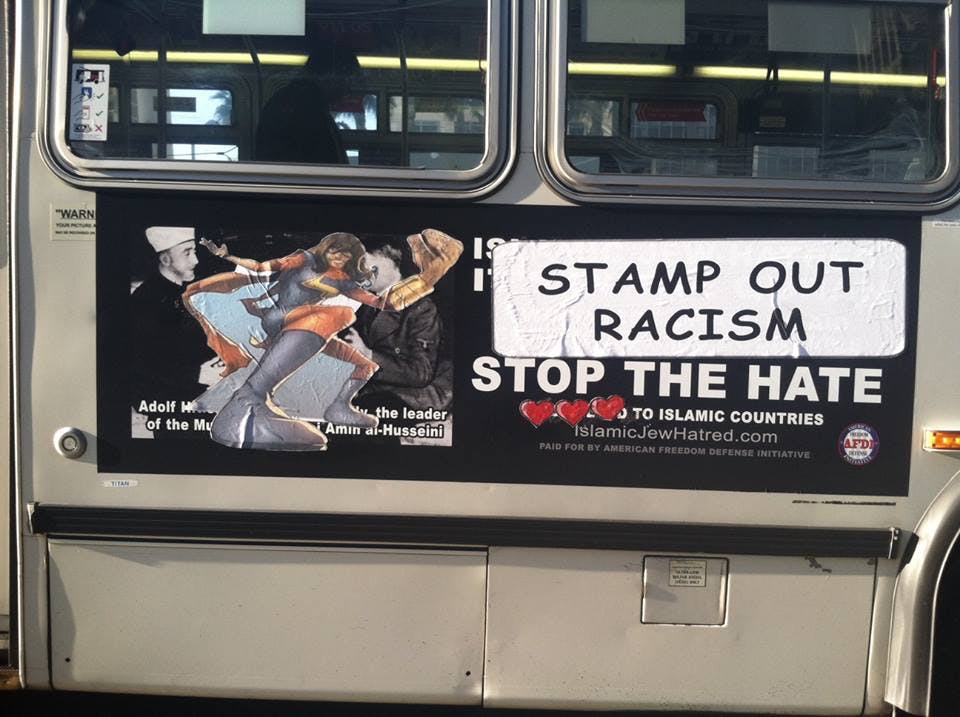 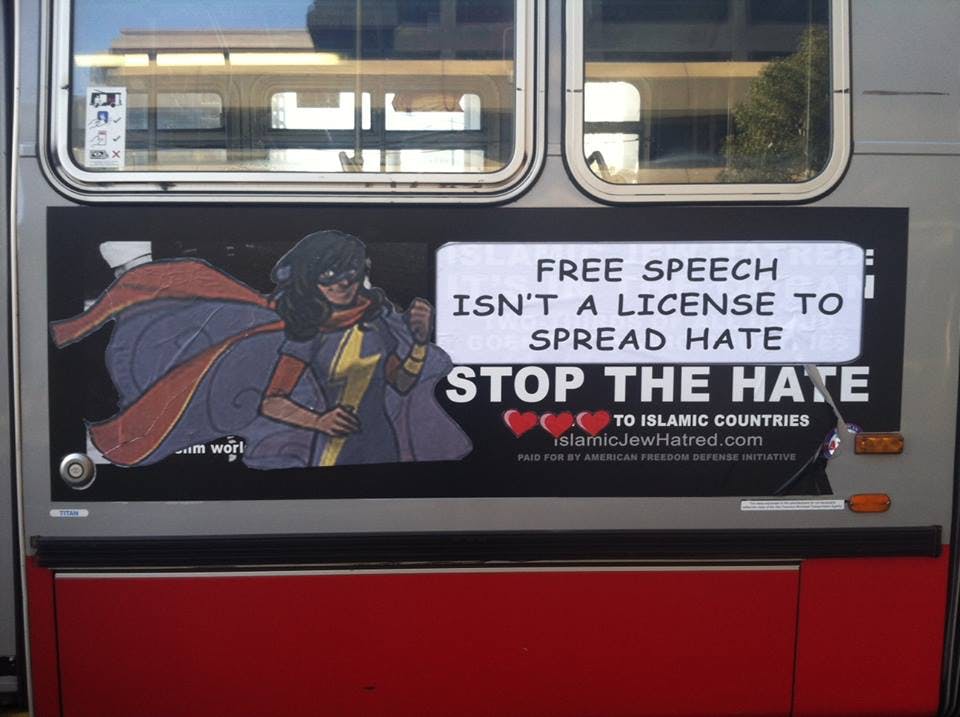 As the successor to the “Ms. Marvel” monicker originated by Carol Danvers, Kamala is a rambunctious teenager who’s eager to fight crime. She’s also the first Muslim-American hero in the Marvel pantheon to headline her own title, and her book has proven a perennial favorite since its 2013 debut.

The group claiming credit for the movement is Street Cred, a subset of the Bay Area Art Queers, an arts activist community based out of San Francisco. The group’s website proclaims “a long history of liberating public spaces.”

“The ads now feature Kamala Khan, Marvel’s Comics first Muslim character to headline her own comic book with messages against islamophobia, racism and hate speech and a group of protestors [sic] calling for more love,” they wrote on their Facebook page. “Enjoy.”

Among those celebrating was Ms. Marvel writer G. Willow Wilson:

To offset the damage of the original campaign’s racist rhetoric, the San Francisco Transportation Agency will donate the ad revenue to the city’s Human Rights Commission.