And what a villain it is.

After a couple of high-action trailers and a whole lot of teasing, expectations for Jurassic World—the upcoming addition to the Jurassic Park saga set to be released on June 12—are quite high. The park is open, there are tasty human dinners running around, and there’s an all-new dinosaur that Jurassic Park scientists cooked up in a lab.

Now, thanks to Hasbro’s habit of debuting its movie tie-in toys far ahead of a film’s actual debut, we know exactly what that creep uber-saurus looks like.

Before we get to the actual reveal—and to give you one last chance to leave the page if you are sensitive to spoilers—let’s take a moment to look back on the dinosaur villains from the first three movies in the series.

Jurassic Park: The Tyrannosaurus was definitely the most eye-catching of the bunch, and while it managed to dispatch a few characters on its own, the pack of vicious Velociraptors were clearly the most dangerous things on the island. Both of these dinosaurs actually existed at one point, so thumbs up for accuracy.

The Lost World: This time around, the Tyrannosaurus takes center stage, with a pair and their tiny offspring offing more characters than anything else. Once again, all the dinosaurs that made appearances here were real at some point.

Jurassic Park III: Nobody really counts this as a Jurassic Park film, mainly because it was downright awful. That being said, the most dangerous dinosaur this time around was the Spinosaurus, and that is made abundantly clear when it murders a T-Rex early on in the film. Believe it or not, this massive beast is based in reality as well, and is considered to be one of the largest carnivorous dinosaurs to ever walk the planet.

Now we’ve arrived at the fourth movie in the series and the first time Jurassic Park scientists have decided to just conjure their own dinosaur out of thin air. Here is Jurassic World’s evil tyrant, the Indominous Rex: 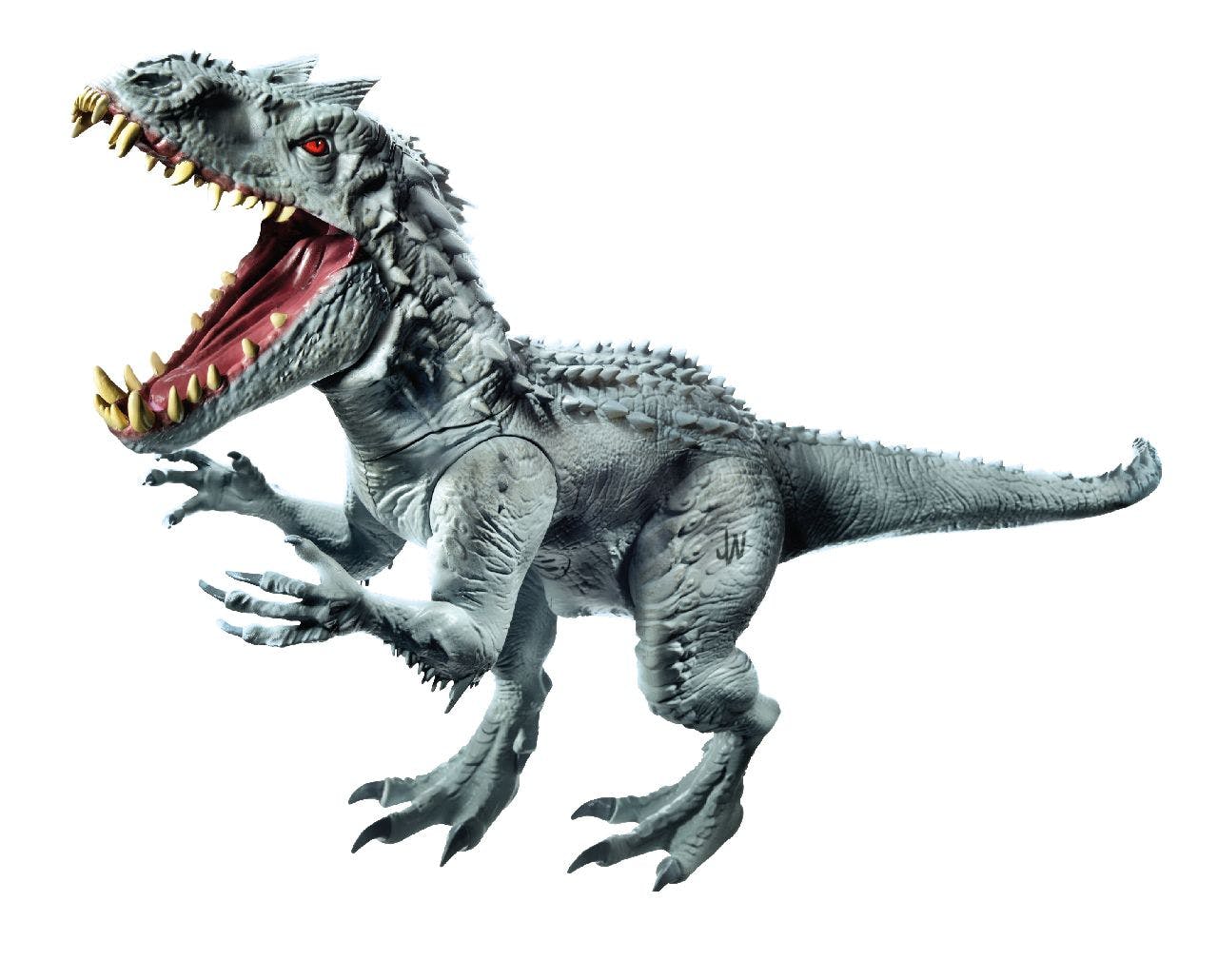 Of course, if you’re going to make your own dinosaur for public exhibition, you want to make it as brutal, intimidating, and dangerous as possible. It’s a bit like a Tyrannosaurus on steroids, with a massive head, gaping jaws that you could drive a truck through, and—perhaps most disturbing of all—human-like opposable thumbs.

For all we know, this thing could carry an assault rifle around for half the movie. Be afraid. Be very afraid.